Early essay by David Bohm about the essence of communication, which is also the first chapter of the book On Dialogue.

The chapter is very short, but contains so much valuable and brilliant insight. First he talks about communication in general, what it means and how it is used.

Then about a special kind of communication that is dialogue and how it differs from ordinary communication. And how the artist and scientist also have a dialogue. The artist with his material and the scientist with nature.

During the past few decades, modern technology, with radio, television, air travel, and satellites, has woven a network of  communications which puts each part of the world into almost instant contact with all the other parts. Yet, in spite of this world-wide system of linkages, there is, at this very moment, a general feeling that communication is breaking down everywhere, on an unparalleled scale. People living in different nations, with different economic and political systems, are hardly able to talk to each other without fighting. And within any single nation, different social classes and economic and political groups are caught in a similar pattern of inability to understand each other. Indeed, even within each limited group, people are talking of a “generation gap,” which is such that older and younger members do not communicate, except perhaps in a superficial way. Moreover, in schools and universities, students tend to feel that their teachers are overwhelming them with a flood of information which they suspect is irrelevant to actual life. And what appears on the radio and television, as well as in the newspapers and magazines, is generally at best a collection of trivial and almost unrelated fragments, while at worst, it can often be a really harmful source of confusion and misinformation.

Because of widespread dissatisfaction with the state of affairs described above, there has been a growing feeling of concern to solve what is now commonly called “the problem of communication.” But if one observes efforts to solve this problem, he [or she] will notice that different groups who are trying to do this are not actually able to listen to each other. As a result, the very attempt to improve communication leads frequently to yet more confusion, and the consequent sense of frustration inclines people ever further toward aggression and violence, rather than toward mutual understanding and trust.

If one considers the fact that communication is breaking down and that in the present context efforts to prevent this from happening generally tend to accelerate the breakdown, [one] may perhaps pause in his [or her] thinking, to give opportunity to ask whether the difficulty does not originate in some more subtle way that has escaped our mode of formulating what is going wrong. Is it not possible that our crude and insensitive manner of thinking about communication and talking about it is a major factor behind our inability to see what would be an intelligent action that would end the present difficulties?

It may be useful to begin to discuss this question by considering the meaning of the word “communication.” This is based on the Latin commun and the suffix “ie” which is similar to “fie,” in that it means “to make or to do.” So one meaning of “to communicate” is “to make something common,” i.e., to convey information or knowledge from one person to another in as accurate a way as possible. This meaning is appropriate in a wide range of contexts. Thus, one person may communicate to another a set of directions as to how to carry out a certain operation. Clearly, a great deal of our industry and technology depends on this kind of communication.

Nevertheless, this meaning does not cover all that is signified by communication. For example, consider a dialogue. In such a dialogue, when one person says something, the other person does not in general respond with exactly the same meaning as that seen by the first person. Rather, the meanings are only similar and not identical. Thus, when the second person replies, the first person sees a difference between what she meant to say and what the other person understood. On considering this difference, she may then be able to see something new, which is relevant both to her own views and to those of the other person. And so it can go back and forth, with the continual emergence of a new content that is common to both participants. Thus, in a dialogue, each person does not attempt to make common certain ideas or items of information that are already known. Rather, it may be said that the two people are making something in common, i.e., creating something new together.

But of course such communication can lead to the creation of something new only if people are able freely to listen to each other, without prejudice, and without trying to influence each other. Each has to be interested primarily in truth and coherence, so that he is ready to drop his old ideas and intentions, and be ready to go on to something different, when this is called for. If, however, two people merely want to convey certain ideas or points of view to each other, as if these were items of information, then they must inevitably fail to meet. For each will hear the other through the screen of his own thoughts, which he tends to maintain and defend, regardless of whether or not they are true or coherent. The result will of course be just the sort of confusion that leads to the insoluble “problem of communication” which has been pointed out and discussed earlier.

Evidently, communication in the sense described above is necessary in all aspects of life. Thus, if people are to cooperate (i.e., literally to “work together’) they have to be able to create something in common, something that takes shape in their mutual discussions and actions, rather than something that is conveyed from one person who acts as an authority to the others, who act as passive instruments of this authority.

Even in relationships with inanimate objects and with nature in general, something very like communication is involved. Consider, for example, the work of an artist. Can it properly be said that the artist is expressing himself, i.e., literally “pushing outward” something that is already formed inside of him? Such a description is not in fact generally accurate or adequate. Rather, what usually happens is that the first thing the artist does is only similar in certain ways to what he may have in mind. As in a conversation between two people, he sees the similarity and the difference, and from this perception something further emerges in his next action. Thus, something new is continually created that is common to the artist and the material on which he is working.

The scientist is engaged in a similar “dialogue” with nature (as well as with her fellow human beings). Thus, when a scientist has an idea, this is tested by observation. When it is found (as generally happens) that what is observed is only similar to what she had in mind and not identical, then from a consideration of the similarities and the differences she gets a new idea which is in turn tested. And so it goes, with the continual emergence of something new that is common to the thought of scientists and what is observed in nature. This extends onward into practical activities, which lead to the creation of new structures that are common to humans and to the overall environment in which we live.

It is clear that if we are to live in harmony with ourselves and with nature, we need to be able to communicate freely in a creative movement in which no one permanently holds to or otherwise defends his [or her] own ideas. Why then is it so difficult actually to bring about such communication?

This is a very complex and subtle question. But it may perhaps be said that when one comes to do something (and not merely to talk about it or think about it), one tends to believe that one already is listening to the other person in a proper way. It seems then that the main trouble is that the other person is the one who is prejudiced and not listening. After all, it is easy for each one of us to see that other people are “blocked” about certain questions, so that without being aware of it, they are avoiding the confrontation of contradictions in certain ideas that may be extremely dear to them.

The very nature of such a “block” is, however, that it is a kind of insensitivity or “anesthesia” about one’s own contradictions. Evidently then, what is crucial is to be aware of the nature of one’s own “blocks.” If one is alert and attentive, one can see for example that whenever certain questions arise, there are fleeting sensations of fear, which push the person away from consideration of these questions, and of pleasure, which attract his thoughts and cause them to be occupied with other questions. So one is able to keep away from whatever it is that he thinks may disturb him. And as a result, he can be subtly defending his own ideas, when he supposes that he is really listening to what other people have to say.

When we come together to talk, or otherwise to act in common, can each one of us be aware of the subtle fear and pleasure sensations that “block” our ability to listen freely? Without this awareness, the injunction to listen to the whole of what is said will have little meaning. But if each one of us can give full attention to what is actually “blocking” communication while also attending properly to the content of what is communicated, then we may be able to create something new between us, something of very great significance for bringing to an end the at present insoluble problems of the individual and of society.

Dialogue as Creating Something New Together 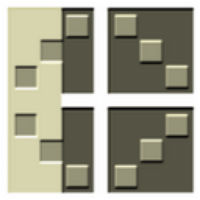