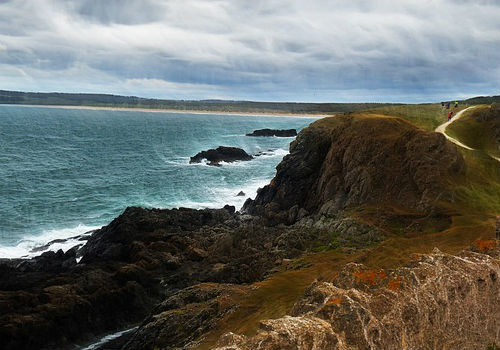 After I finished my previous post Cycles and Timelines I wondered what period in history I would focus on next. Tarnas in his book used the Saturn/Pluto and the Uranus/Pluto cycles a lot to point to some very interesting data in history.

Aspects between Pluto and Uranus as well as Saturn are very often pointers to major events in the world history. Pluto provides the depth and the worldwide part, Uranus the sudden and unexpected and Saturn the oppression and the very specific dates that gave the start of those disruptive historical events.

Examples were the French revolution that happened with a Uranus/Pluto opposition, World war 2 that started with a Saturn/Pluto square and the attack on the Twin Towers with an opposition between Saturn and Pluto.

A form for Consciousness

But at this point I decided to focus on the Saturn/Neptune cycle instead for several reasons.

The first one was that I was looking for the now in history. What planetary alignment of the outer planets is most pressing at this point? And with Saturn leaving Scorpio and entering Sagittarius in a few weeks and then coming into a square with Neptune, that was the one that is going to happen at first. 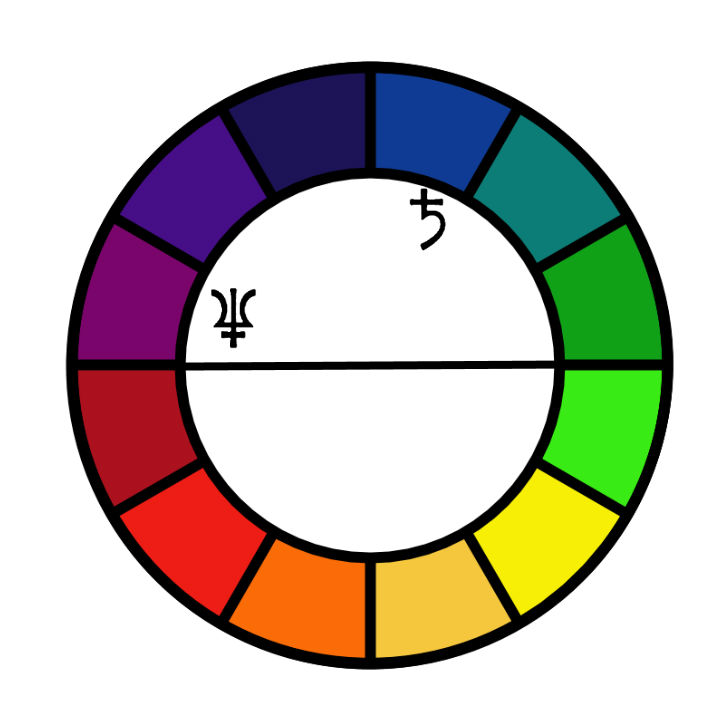 The second reason was that both planets reflect very good what I want to write about on this blog. A mind versus matter theme. In the case of Neptune of a subconscious mind as in Carl Jungâ€™s collective unconscious. And Saturn as the reflection of time and form and matter.

The fourth reason is that the square of Saturn/Neptune now is the last phase of the cycle. The cycle started around 1989 with a conjunctionÂ of not onlyÂ Saturn and Neptune, but also with Uranus, which is very rare. Then an outgoing square around 1998, to an opposition around 2007. And now that incoming square in a few weeks that will be active during the whole of 2016 or so. 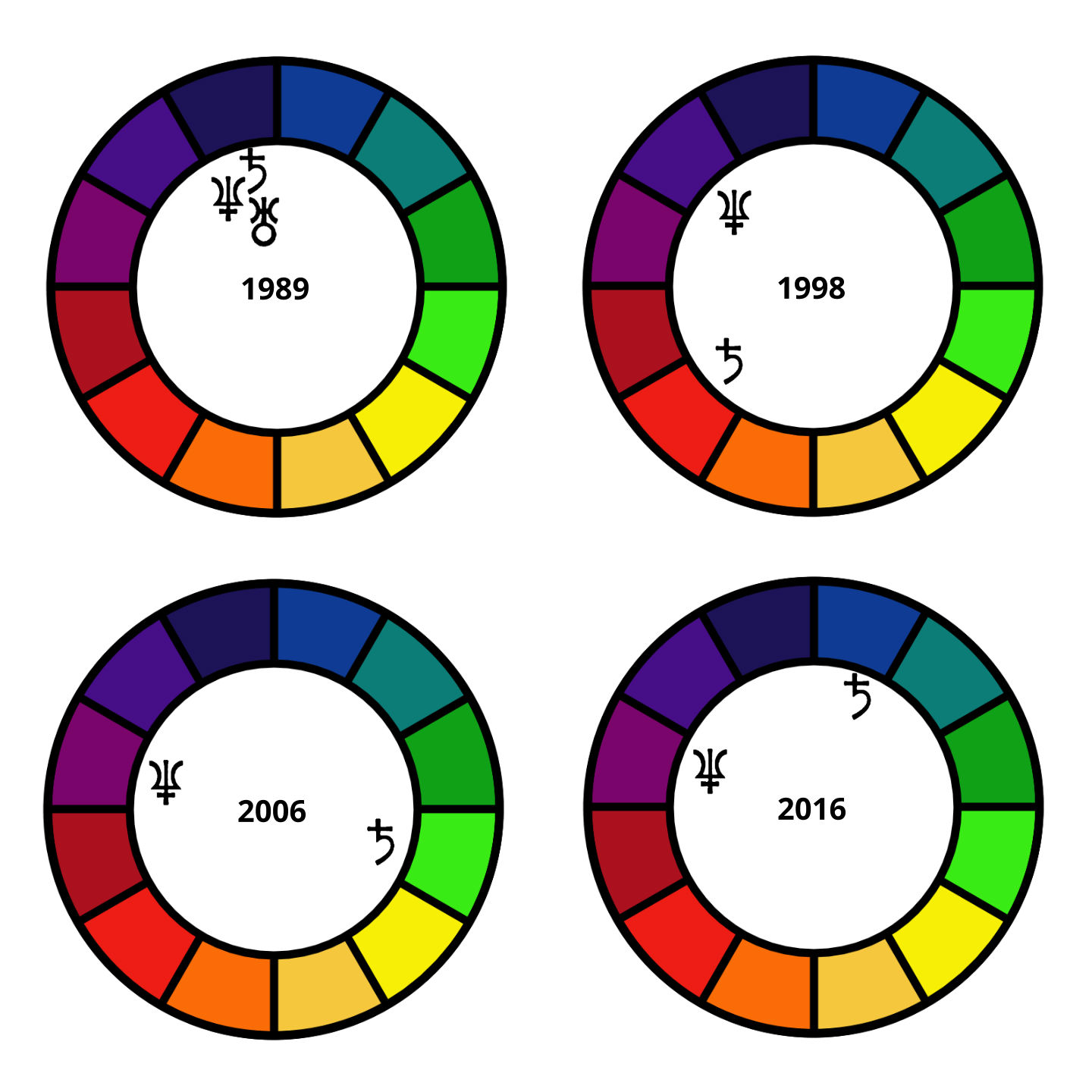 The fifth reason finally is one that I just found out. David Bohm is born in the year of a Saturn/Neptune conjunction (1917) and if someone is a real reflection of those two planets, it is him. And somehow he is for me the person that could make sense of consciousness and give it a form.

Or actually I think it was the other way around. The form already was obvious to him (he was a scientist at heart) but he wanted to make sense of the latest discoveries in science (quantum mechanics) and the only way that made sense to him was to look deeper in the material world, beyond the borders, and at the same time make it intelligible. 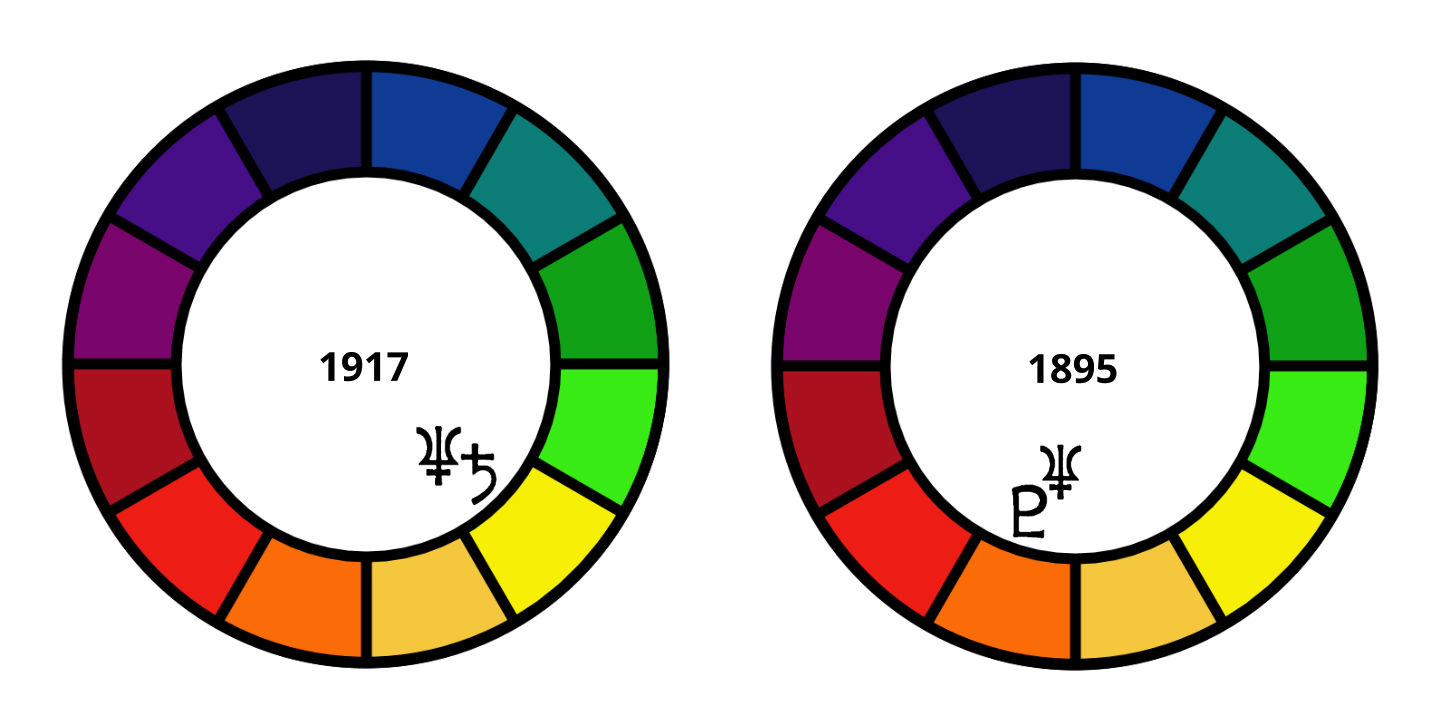 His connection with Krishnamurti (who was born in 1895 just after the very rare Pluto/Neptune conjunction) lasted for decades and changed his whole view on science. Or maybe not so much change his view but more get to the surface what he already unconsiously knew. And in turn I think that the insights of Bohm make sense of the interconnectedness of science and consciousness.

Saturn in aspect with Neptune

Neptune is about vision, belief and imagination. It is spirituality, unity and empathy. But also delusion and deception.

Saturn on the other hand is about concrete reality, empirical science and sceptical judgment. But it also provides structure and order.

So when they are in hard aspect (conjunction, square and opposition) it will be about confronting illusions and unmasking deception. And the other way around by dissolving bounderies and structures to see the underlying unity.

For me personally, that cycle very much had to do with finding images and words that reflect how I see things. How I see process and development. The first square was when I found astrology and was fascinated by the picture of my own chart in how it completely reflected who I am.

Further back, in the time of the conjunction, I designed clothes for a project based on a book I once read, The Mists of Avalon.Â It is a book about the Arthur legend from the female perspective. Reading now on Wikipedia what that possibly could mean regarding this cycle. Not sure yet but it seems relevant …

The opposition was the time that I found blogging. The reason for starting a blog was to find a shape, a form to communicate my views. At that time there were very heated discussions online between ‘believers’ and ‘sceptics’ of many topics that I was interested in, which seems to be a perfect reflection of that Saturn/Neptune opposition.

So I was looking for an online space where I could explore, develop and structure my views and thoughts.

I started this blog in August 2009 with the Saturn/Uranus opposition and wrote my most viewed post (and still my favorite post called The Meaning of Values) in februari 2010 with an exact Saturn/Pluto opposition.

And maybe now the dynamics of the last square of Saturn/NeptuneÂ will help to find ways to structureÂ the collective unconscious and make it possible to communicate about it.

Anyway, not sure where I am heading with all this. Just looking at certain meaningful points and find in the Ephemeride to see where these 4 planets were standing at that time.Â And as a result, amazed!