It fascinates me how things move along a certain pattern. A pattern that might look very different from any other pattern, but what might be similar on a certain level.

Most of those posts and most of my thinking about development was before I heard and read about David Bohm.

I used the zodiac as a model, together with a model of integral theory and a model about mind and matter.

But I could not get the right words to describe the developing steps. And the visualization of the models I used was not quite right yet either.

After a few years of getting into the thinking of David Bohm, and making a new and more abstract model, I want to rewrite a couple of those previous posts.

The meaning of values

The one I want to start with, is a post that was based on another post that has been on my mind a lot lately. That one was called The meaning of Values.

That is the one I want to rewrite first. Well, not so much rewrite, as use a new and more clear (at this moment) and abstract model to go with it.

In that post I tried to place 3 different type of values into a model of development.

A model of development that places a very large emphasis on the individuality of a human being. The process of what Carl Jung called Individuation.

The 3 types of values from the previous posts are the following:

Each of those three types are placed at the three essential transitions in life.

The primordial can be seen as the cultural background of where a child is born. And what is called universal is the world as a whole at a certain moment in time.

And in between is the development of the individual.

It is a cycle that is constantly repeating itself. On all kind of levels. But it is a cycle in the form of a spiral. Every time it starts with the beginning again but on another level.

Beneath the visible world

The matter and concepts that I call in the context of this blog structure. Structure as opposed to potential. The concept of potential is what I use here for a place that can hold the different types of values.

Also in this model, information is to concepts what energy is to matter. Both are invisible and just potential. (there is a difference in one being active and one being passive, but that is for another post) and both are a transion from the world we all know of matter and concepts.

The first set of values can not so much be called values. It has not much to do with the individual, not even with the family. It is the cultural background a person is born in.

But those values are not the same as they where 400 years ago, not even the same as 40 years ago. They evolve over time and are defined by events and laws.

Because of the effects that peoples actions have on others, there have to be certain rules to let people live together in relative peace. Some might call them values, others laws. And some might just call them common sense.

The second set of values are those that are very personal. Those experiences in our youth that have a huge impact. Where something happens that shapes our vision of the world.

It just is what it is.

But in this transition from primordial into individual, the person has to start an individual life. Independent of his family and cultural background.

To actually start with this and actually make decisions, you need a set of values. You need a context to know what to do and what to avoid.

In order to live an authentic life and build upon your own values, you have to choose. Every day you have to make decisions. And if there were no guidelines that you can more or less hold on to, it would be almost impossible to choose.

At the start that set of guidelines might not be so very strict. But the further you go, the more it becomes clear that they are not the same as those of others. In many cases it is not that obvious, just a minor disagreement. But as time goes by, your own set of guidelines increases.

You start to build a personality, an identity, an ego. Or like in business, you build a brand. Something others will recognise and relate to (or not). Something that provides room for major improvement and development in a certain direction.

Some of the values will be removed because they get in the way of your own development.

But some of them get stronger, much stronger. Especially those that are a combination of cultural background and personal experience that are used to build your personal identity on.

And the stronger the personal identity gets, the stronger you have to defend the values the identity is actually based upon. Â And these become the third set of values.

Your personality that is unique to you, that what sets you apart from all the others. It is how you want to be known. It is how others will easy recognise you. It is where you are proud of. What you achieved in life.

But the real problems set in if those core values get attacked, those that are the foundation of who you are, that what made you capable of building your identity. And if that happens, your emotional reactions might get very strong. And make those values even stronger. A vicious circle.

Unless you can take a step away and look at it more objective.

But that does not mean it was unnecessary to build upon those values.

Actually it was very important. It is what the world needs, strong, unique and powerful individuals that are capable of being a success.

Those individuals that shape the future. That provide a cultural background for future generations.

And so we are back again with the beginning. But this time it is a cultural background we were part of. Either conscious or subconscious. But the way we lived according to our own set of values shapes the future. And makes our values common sense to those who are born in that future.

So in summary (how I see it at this moment :)

The cultural background that makes values look like facts.
In the model of development it is the combination of Universal Information together with Primordial Energy.

Experiences that make certain values very personal.
In the model of development this is a combination of Primordial Information together with Individual Energy.

The amounts of time you had to defend those values.
In the model of development this is a combination of Individual Information together with Universal Energy. 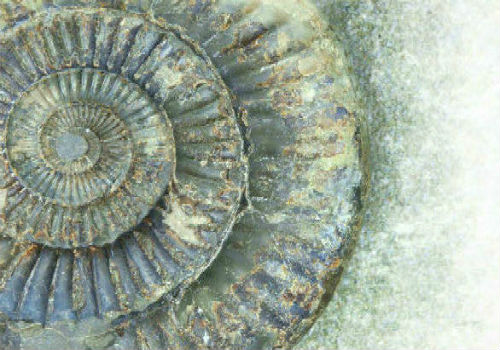 Human Development of Energy, Matter, Concepts and Information
Always Together but Not the Same