The way we perceive the world is totally different from the way a young child perceives the world.

I always understood that was the case, but I could never really imagine how that child would perceive the world.

Or how that would develop into how we, as adults, view the world.

David Bohm describes that development of perception in the appendix of the book The Special Theory of Relativity. That book itself was too difficult for me to read, but as I heard him mention that appendix in an interview, I wanted to read that and see if it would make sense to me.

Well, it did. I found it very interesting to follow the development of perception, that Bohm writes about the research of Jean Piaget.

I tried to distil the development into several steps, so I differentiated 16 stages. But there could just as well be more or less. There is no cut and dry separation, but for myself, I found it more clear to make a certain differentiation, in order to understand the development better.

This first stage is nothing more than inborn reflexes. These reflexes develop to fit different aspects of the environment. The environment gets recognised by functional aspects, like food to satisfy the hunger.

This circular reflex is carried along all further development. At a certain stage there is pleasure in the reflexes that are produced. The child does not yet understand the causal connection between the impulse and the sensation.

He discovers that by doing something he gets a pleasant sensation that is recognizable. Recognition that a past event has been repeated comes first. The ability to call up this event in the memory comes only much later.

At this stage there is only the knowledge that a certain impulse will lead to a certain pleasure.

To recognize a similarity is necessary before seeing something as permanent in the flux of process.

Another thing is being able to coordinate many different reflexes that are associated with a certain object.

There is still no notion of a permanent object. When he is presented with something familiar, he makes an abstraction of recognizable totalities of sensation.

In the total flux of experience, he can now recognize a certain pattern. These combinations itself are experienced as totalities. The object is not recognized outside its normal context.

Stage 5 – Perceive out of normal context

When the child begins to follow a moving object with this eyes, he is able to recognize the invariance of its form, despite its movement. He is building up the reflexes to perceive objects apart from its normal context.

Stage 6 – Something can be undone

The next step is the realisation that something can be undone by a second operation. But he still has no idea of a permanent object, that exists when he does not see it.

He also does not see himself separate from the world. But he is building up the reflexes that are needed to see the difference.

Stage 7 – Cause and effect

He is now developing the notion of cause and effect.

At first it is a kind of sympathetic magic, because there is still no difference between internal and external, and all aspects of his experience are still seen as a single totality.

Later he begins to recognize other people, animals and objects as the cause of things that are happening.

At this time the notions of space and time are being built up. If the child handles objects and moves his body, he learns to coordinate his changing visual experiences with the tactile perceptions and bodily movements.

At this stage he discovers that he can always return to a place in many different ways. There is the notion of permanent places and permanent objects.

The child is gradually learning to call up images from the past, not just recognize something as familiar only as he sees it. Now true memory begins. With the difference between past and present. And later also future when he starts to form mental images of what he expects.

This point in development is crucial, as the child is able to form an image of an absent object.

Now he starts to form a mental image of the world, with both perceived and unperceived things. He is able to create or produce something.

Stage 13 – Distinction between self and world

This is the stage of distinction between the self and the rest of the world. Until now there was only one field of experiencing. Because of the ability to create a mental map of the world (to imagine) he sees places that are occupied by permanent objects. And one of these objects is himself.

Everything on the map falls into two categories, what is inside the skin and what is not. And now he forms the concept of a self, distinct from the rest of the world.

And he also sees other selfs. Now a general picture is formed. A picture of a world in space and time, where separate and permanent entities can act on each other causally.

The child does not know it is making a mental map of the world. They find it difficult to distinguish between what is imagined or remembered in thought and what is actually perceived through their senses. They may even think that other people see what they are thinking about.

At this point the mental map is seen as reality. What we see often depends on what we know about it. So we learn to see the world through a certain structure of ideas. We react immediately to each new experience before we have time to think.

That way we might believe that certain ways of perceiving the world cannot be otherwise. But in fact it was the way we discovered and build it ourselves when we were children. It often became habits that are only true in certain domains of experience.

The next stage is about translating the perception of the structure of the world in thought and language. But that is very confusing as the ideas and words often contradict what is perceived. And the learning is a gradual process, step by step.

And finally he learns the need for logical thought. With the wish to reflect on the structure of the world, and to communicate with other people. But also when he wants to apply his ideas to a practical problem.

This is a continuing process of development that builds up knowledge and understanding of the world. Mental images, ideas and words are getting a structure similar to the world as it is perceived.

So the child begins with some kind of totality. A totality of sensation, perception and feeling. All in a sort of ongoing flow.

No recognizable structure with permanent characteristics.

The development of intelligence arises in a series of movements, which is how the child learns about the world.

What he learns is always based on his ability to see certain kinds of relationship. A correspondence between what he sees and what he hears. Between cause and effect. The possibility of undoing certain things.

The perception of some relationships is then followed by a corresponding mental image which functions as a kind of map. A map that represents the relationships.

Very soon immediate perception takes on the structures of these maps and he is no longer aware that the map only represents what has been perceived before. 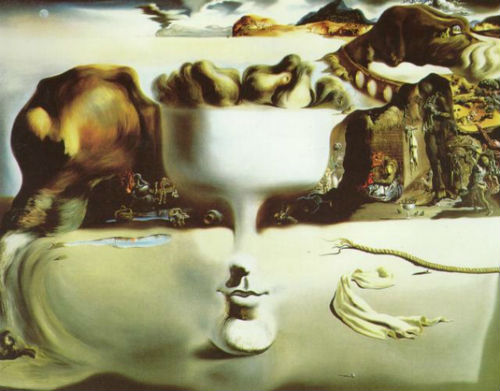 The Difference between a Problem and a Paradox
Human Development of Energy, Matter, Concepts and Information