A few days ago I followed the live stream of TEDx Amsterdam.

I really like the concept of TED and have watched many videos of their previous talks.

Those that have my special interest are the ones about the relation between the individual and society. That is why I was especially fascinated by the presentation of the speaker who more or less had to summarise the talks of the whole day, Louise Fresco.

There were a few things in her presentation that I found interesting. The first was her mention of the word ‘learning cycle’ instead of ‘learning curve’, a cycle instead of a straight line as a metaphor for how we learn.

That is very much how I see learning and development and certainly something I am going to explore in some future (hopefully sense making) blog posts.

What I also found very interesting was her mentioning of the third culture. About how we should bridge the gap between art and science. Also something I am really passionate about.

But in this post I want to focus on something else she said. Halfway her presentation she talks about the paradox of civilization.

First she talks about our human capacity to focus, to concentrate on something we personally find important, which requires passion and emotion.

But opposed to that, is another aspect of human nature, the need to control our impulses.

Civilization comes with greater control of impulses. We control violence, the state is there to control ourselves and control others. We also have something called self-control. Inner directed self-control, whereby we know there are certain things we donâ€™t do anymore. You could argue that civilization is increasing control over human nature.

It is this control of our impulses that makes it possible for us to work together, to cooperate, to share ideas, to listen to one another, because if you continue shouting and I continue shouting, we can not listen.

So on the one hand we are, as a society, developing towards more and more civilization, what is characterized by more and more control. But as she points out, this control is getting out of hand.

But here is to the paradox of today, one that we havenâ€™t touched but one that I feel very strongly about and would like to share with you. Yes, we have a learning curve in our societies of increased control. But we also see today in the last few years an increasing move towards uncontrollable things. Uncontrollable behavior, unselfcontroled behavior.

That actually goes against the grain of what has been the great movement of our society of control of human nature.

Many, many thoughts went through my mind when I heard that. Personally I think it all is part of the process, but I am by far not sure how to get that into words. Many of my previous posts were about that theme, but somehow I am not yet capable of bringing my points across in some understandable way.

The shadow carried by all

But this paradox of civilization also made me think again of an article Shadow carried by all, says Jung. It is an article from the archives of the New York Times, and it touched upon this paradox.

In the article, Jung says that morality is not something that can be forced upon someone. We all carry a shadow and it is very likely suppressed and isolated from our consciousness. But along with this shadow, or hidden within, or however that might work, we also have an inherent morality.

But if we force our understanding of morality on someone else it will not work, at least that is what I understand of the following quote.

To live with a saint might cause an inferiority complex or even wild outburst of immorality in individuals less morally gifted. You cannot pump morality into a system where it is not indigenous, though you may spoil it.

The only way things can change, is with a change in individuals.

Such problems can only be solved by a general change of attitude. It begins with a change in individuals. The accumulation of such individual changes only will produce a collective solution.

So we can not force morality upon others. The only way to become moral, is by working through the shadow.

The paradox of civilization

And discover their own inherent moral nature. 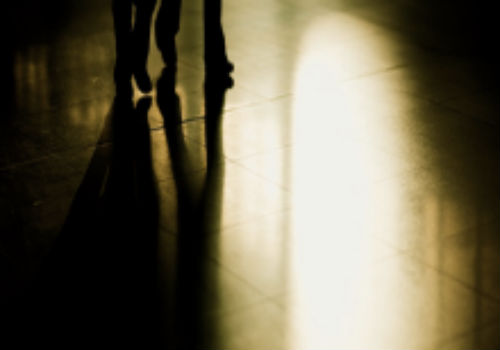