One of the most interesting, but at the same time hard to grasp, subjects that David Bohm wrote about, is inner conflict.

I talked about that in some earlier posts. The first one was a post called When the Mind is Trying to Escape the Awareness of Conflict, where it became clear that, according to Bohm, ignoring our inner conflict is the most important threat to creativity.

The next post was called Will Confusion Really be our Epitaph which I wrote after I started reading the book On Creativity. Somehow I sensed the importance of his observations and thoughts on the subject of inner conflict, and at the same time realised how common, but yet immensely difficult to handle, it is.

The third post was called How to Confront Inner Conflict Instead of Ignoring it, and it was about one sentence of Bohm, where he gives several examples of how we tend to ignore our inner conflicts. Examples that are so common and used by all of us all the time, without realising that we are doing it.

And now I was again reading in the book On Dialogue. I like the book a lot and wrote about the first chapter, On Communication, before in the post Dialogue as Creating something New Together. But this time I was especially struck by the chapter The Problem and the Paradox.

I feel like I could understand that on a deeper level now, after certain other views on the subject that I wrote about in my previous post called The Paradox of Civilization and the Shadow Carried by All.

Careful Attention to the Paradox

The essence of that chapter is Bohm’s differentiation between the words ‘problem’ and ‘paradox’. He says that we often treat something as a problem and we want a solution. But some things, or even many things, especially those that have to do with the human psyche, are not a problem but a paradox. Which means they have no solution.

They have to be understood by paying very close attention. Or what he calls ‘sustained, serious, careful attention’. Not putting it forward, but stay with it. This goes for the individual psyche, but also for the total of society.

For ages, men have generally realized that thinking and feeling are commonly infected with greed, violence, self-deception, fear, aggressiveness, and other forms of reaction that lead to corruption and confusion. For the most part, however, all of this has been regarded as a problem, and thus men have sought to overcome or control the disorder in their own nature in countless ways. For example, all societies have instituted a set of punishments, aimed at frightening people into the right behavior, along with a set of rewards aimed at enticing them toward the same end. Because this has proved to be inadequate, men have further set up systems of morals and ethics, along with various religious notions, with the hope that these would enable people, of their own accord, to control their â€˜wrongâ€™ or â€˜evilâ€™ thoughts and feelings. But this, too, has not really produced the desired result.

So people try to control wrong or evil thoughts and feelings. The wrong and evil thoughts of themselves, but also of others. Or maybe in many cases, especially those of others, because it is also in the human nature to experience the others as wrong and evil. We have the feeling that we ourselves are either good or otherwise very well capable of doing the ‘right’ thing instead of the wrong or evil. And so by rules, law, religion, morals and systems of ethics we try to control the behavior of ‘that evil other’.

But as became clear in the previous post, according to Carl Jung, it is not possible to ‘pump morality into a system’. And Bohm says something similar.

The inward work and the outward work go hand in hand. But it has to be kept in mind that through centuries of habit and conditioning, our prevailing tendency is now to suppose that â€˜basically we ourselves are all rightâ€™ and that our difficulties generally have outward causes, which can be treated as problems. And even when we do see that we are not in order inwardly, our habit is to suppose that we can point fairly definitely to what is wrong or lacking in ourselves, as if this were something different from or independent of the activity of thinking in which we formulate the â€˜problemâ€™ of correcting what is in error.

We need a deep and intense awareness, one that goes beyond the intellectual analysis of our confused process of thought. An awareness that is capable of getting to the root of the conflicting assumptions, where the confusion begins.

Such awareness implies that we be ready to apprehend the many paradoxes that reveal themselves in our daily lives, in our larger-scale social relationships, and ultimately in the thinking and feeling that appear to constitute the â€˜innermost selfâ€™ in each one of us.

So we need to give full attention to the ‘problems’ that arise. By doing that, we might see beyond the problem and see a bigger whole. See that the mind, because of its conditioning, is caught in paradox.

Understanding that might clear the view to see other patterns. Other patterns that can lead to a way out of the paradox. 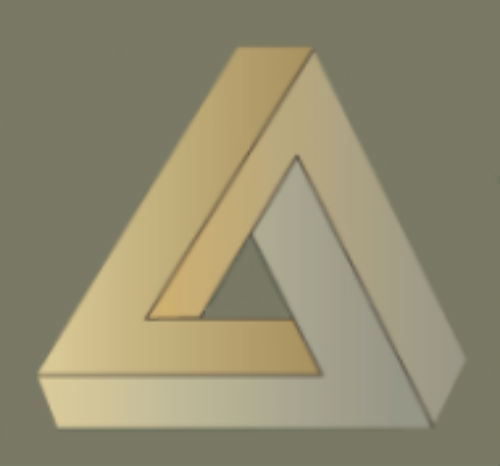