In the book ‘The Essential David Bohm’ is a chapter called Soma-significance and the Activity of Meaning, which was very interesting in how he thinks that mind and matter interact.

Well, actually he says that interacting is not the way it works. And therefore the word ‘Psycho-somatic’ is not right, for explaining what he meant to say.

So he came up with two different words that should better reflect what he saw as the process of this ‘mind and matter exchange’.

In this post I want to write down Bohm’s differentiation between those three words: Psycho-somatic, Soma-significance and Signa-somatic.

The reason for Bohm to come up with two different concepts is that he is not satisfied with the common concept of Psycho-somatic. Psycho-somatic indicates that there is a relationship between the mental (psycho) and the physical (somatic) but they are separate.

The term psycho-somatic suggests two different kinds of entities, each existent in itself – but both in mutual interaction. In my view such a notion introduces a split, a fragmentation, between the physical and the mental that doesn’t properly correspond to the actual state of affairs.

So that is why he suggests the introduction of a new term that he calls Soma-significance.

This concept emphasizes more the unity of the mental and the physical. The meaning of the body.

To bring out how soma and significance are related, I might note that each particular kind of significance is based on some somatic order, arrangement, connection and organization of distinguishable elements – that is to say, structure.

Then he goes on with an example.

The printed marks on this piece of paper carry a meaning which is apprehended by a reader. In a television set the movement of electrical signals communicated to an electron beam carries meaning to a viewer. Modern scientific studies indicate that such meanings are carried somatically by further physical, chemical and electrical processes into the brain and the rest of the nervous system where they are apprehended by ever higher intellectual and emotional levels of meaning.

But it also works the other way around, which he gives a different name.

Signa-somatic is the other side of the same process. Every meaning at a certain level is affecting the body at a more manifest level.

Consider for example, a shadow seen in a dark night. Now if it happens, because of the person’s past experience, that this means an assailant, the adrenalin will flow, the heart will beat faster, the blood pressure will rise and he will be ready to fight, to run or to freeze. However if it means only a shadow, the response of the soma is very different. So quite generally the total physical response of the human being is profoundly affected by what physical forms mean to him. A change of meaning can totally change your response.

But if the meaning changes, so does the flow.

As a given meaning is carried into the somatic side, you can see that it continues to develop the original significance. If something means danger, then not only adrenalin, but a whole range of chemical substances will travel through the blood, and according to modern scientific discoveries, these act like ‘messengers’ (carriers of meaning) from the brain to various parts of the body. That is, these chemicals instruct various parts of the body to act in certain ways. In addition there are electrical ‘signals’ – they are not really signals – carried by the nerves, which function in a similar way. And this is a further unfoldment of the original significance into forms that are suitable for ‘instructing’ the body to carry out the implications of what is meant.

Bohm talks about levels. Levels of somatic unfoldment of meaning. Each level goes toward a more manifest somatic state. And this goes on until the action finally emerges as a physical movement of the body that affects the environment.

So there is a two-way movement of energy. Each level of significance acts on the next more manifest somatic level. And the perception carries the meaning of the action back in the other direction. 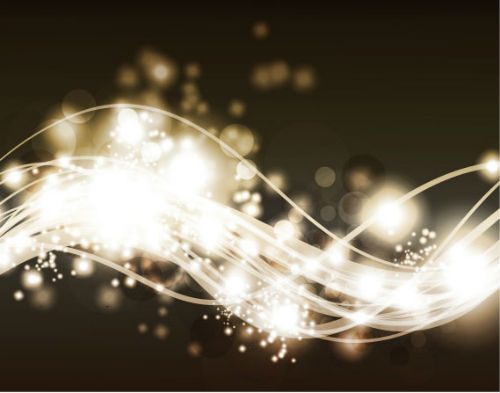 Serious about Creativity
The Map and the Territory