Recently I came across a very interesting woman, Paula Scher.

I saw a Tedtalk from a few years ago where she talked about design, play and being serious.

In that talk she differentiates between being solemn and being serious.

Differentiating between those words is not natural for me, because I have a general feeling of the word serious but not for the word solemn. And even looking it up in the dictionary did not make me understand the real difference.

As opposed to being in the moment and use what is available. Of seeing patterns. Connecting dots. Just playing, taking chances and just being unaware of any rules because it is all new and very exciting. But still taking it very serious.

Being solemn is easy. Being serious is hard. Children almost always begin by being serious, which is what makes them so entertaining when compared with adults as a class. Adults, on the whole, are solemn.

That’s because it is hard for most people to recognize seriousness, which is rare, but more comfortable to endorse solemnity, which is commonplace.

Solemn design is often important and very effective design. Solemn design is also socially correct, and is accepted by appropriate audiences. It’s what right-thinking designers and all the clients are striving for. Serious design, serious play, is something else. For one thing, it often happens spontaneously, intuitively, accidentally or incidentally. It can be achieved out of innocence, or arrogance, or out of selfishness, sometimes out of carelessness. But mostly, it’s achieved through all those kind of crazy parts of human behavior that don’t really make any sense.

Serious design is imperfect. It’s filled with the kind of craft laws that come from something being the first of its kind. Serious design is also — often — quite unsuccessful from the solemn point of view. That’s because the art of serious play is about invention, change, rebellion — not perfection. Perfection happens during solemn play.

The institutions are solemn, and so is the design. They’re better crafted than the Public Theater was, and they spend more money on them, but I think that that moment comes and goes. The best way to accomplish serious design — which I think we all have the opportunity to do — is to be totally and completely unqualified for the job.

I think what she said was very much in line with what David Bohm, Friedrich Schiller and Ken Robinson said, only they used different words to describe the concepts.

Ken Robinson talks about an aesthetic experience in which your senses are operating at their peak, when you are present in the current moment, when you are resonating with the excitement of this thing that you are experiencing, when you are fully alive.

David Bohm talks about creativity, which he thinks is essential for the whole of life. If you get stuck in a mechanical, repetitious order, then it will degenerate. Civilizations got stuck in a certain repetition and then the creative energy gradually dies away. They vanish, not only because of external pressure, but because they internally decay.

And Friedrich Von Schiller talks about the instinct of play which lets the two opposing instincts (the sensuous and the formal instinct) act together. Even though they are each others total opposite, it is possible to play with them, let them be there at the same time. As long as they are playing together, there has to be no conclusion on what is true and what is false. During the play, the mind can be physical and moral at the same time. The play takes the dynamics out of feeling and passion. And it takes the moral out of reason. So feeling can be in harmony with rational ideas.

Although they use different words, an aesthetic experience (Robinson), creativity (Bohm) and the instinct of play (Schiller), they all seem to mean the same thing: seeing patterns that emerge from an underlying reality, having a feeling of concepts that can not be fully described with existing words.

My feeling is that what Paula Scher describes is exactly that. She saw new patterns, just by playing and not being bothered with knowledge and rules. And she did something with what she saw, she made it manifest. 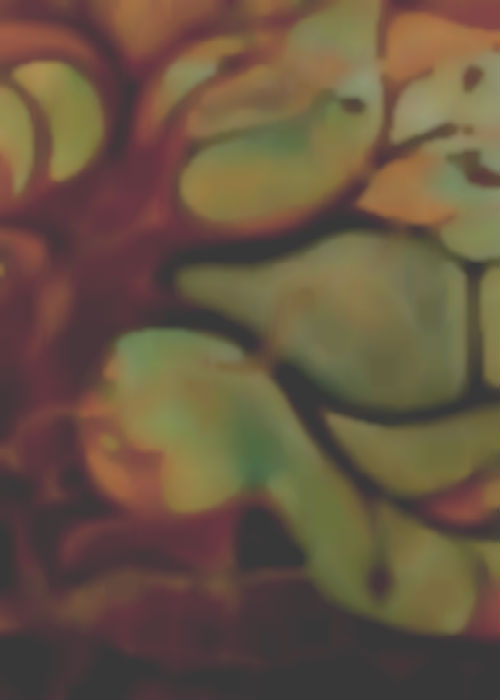 Understanding the Meaning of Concepts
How Matter is Influenced by Meaning