Going through some online tapes of David Bohm, I found a recording where he says something very interesting.

Well, actually I find almost everything he ever said very interesting.

But the recording made me realise something else.Â Last week I found an article online that said that his ‘complete lack of ego completely disguised the enormity of his intellect’, and this tape made that very clear.

Most of what he says is very subtle, and it is easily missed if you do not decide to really focus on what he says.Â He talks very fast and very gentle. And it is really hard to hear at times.

I uploaded the whole recording and transcribed as much as I could hear on the page David Bohm Audio Interview about Understanding in Science.

In this post I want to focus on a certain part of that recording.

The whole interview is about his view on science as a way of exploring the world. He gives a certain overview on how that exploring in science has developed over time.

He says that in that development, we now came to a point where experiments are essential. Which heÂ thought was a very powerful method. And as I came to realise, heÂ saw it at theÂ same time as a very important way of testing any theory. He had an extremely scientific attitude.

But at theÂ same time he felt that this attitude had its limits. It could onlyÂ answerÂ certain questions. And he always asked further. He always asked deeper questions. ‘A tremendous courage in looking at things honestly, whatever the consequences.’

And in the following part of the recording, he talks about what he sees as the main problem. A problem in science that is at the same time the main problem in thought, in language and as a resultÂ in the whole of our human existence.

‘Once you invested in this machine then you better use it’

[audio:https://www.mindstructures.com/wp-content/uploads/2011/03/Once-you-invested-in-this-machine-then-you-better-use-it.mp3|titles=Once you invested in this machine then you better use it]

Now then experiments were elaborated and this is a very powerful method, but at the same time dangerous because the experiments are developed on the basis of the theory and they are set up to answer the sort of questions that the theory asks, a certain theory asks. And then that people, theorists, once experimental equipment was very cheap and simple, it didnâ€™t really matter because an other theory could be considered and you could try another experiment.

But now it takes years to produce a big machine and requires the cooperative work of many people and millions of dollars. So that people feel, once you invested in this machine then youâ€™d better use it. So then theorists feel compelled to develop theories that will raise questions that can be answered by this particular equipment, which in turn will set up to answer questions through the previous theory. So the whole result now tends to, the experimental method now as it has developed, may tend to a conservative factor into physics whereas in the beginning it was very radical and revolutionary.

‘Your thought will only answer the questions which you ask’

[audio:https://www.mindstructures.com/wp-content/uploads/2011/03/Your-thought-will-only-answer-the-questions-which-you-ask.mp3|titles=Your thought will only answer the questions which you ask]

Yes, I should say language, first of all you canâ€™t discuss language apart from thought. That is language is only noises unless it is expressing thought. And I donâ€™t think anybody could presume to say that he knows the structure of thought because he would get at least, not only it is unknown but he would get into a terrible tangle if he would try to assert that he knows the structure of thought, because then we would have to say that the very thought he was thinking that structure does he know that. You see, isnâ€™t there a danger that he is projecting some idea which he has and calling it the objective structure of thought.

That is the same problem as with the machine. You see, the machines have been built up in such a way that they lead us to ask only certain questions. If you have a theory of the structure of thought, you will project it into your thought, say thatâ€™s what my thought is and than you will only ask the questions about thought that are in your theory. And your thought will only answer the questions which you ask.

So these experiments, as important as they are, are mainly useful as the end of a development of understanding. An understanding that starts with insight, a mental image of the whole idea. As Bohm says, not only a visual image but also a feeling for it.

Followed by reasoning and calculation. And finally the experimental test. But tests that have to be based on those previous stages. Evolving along the way.

And not the tests from previous insights. Asking questions because the existing theory can answer it. Then you get, what Bohm said, a conservative answer to a radical question.

And the same goes for our own thought process. Without understanding of the whole process of thought, the answers will aways be limited. 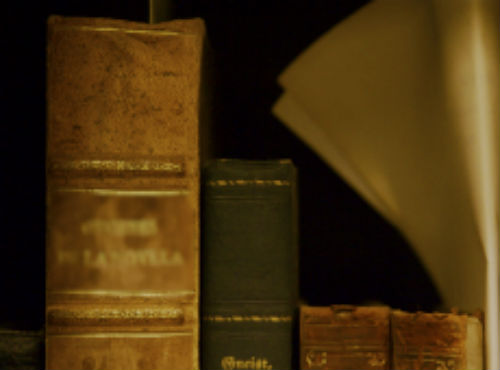 Dialogue as Creating Something New Together
Mechanism vs Meaning