Coherence is a word that David Bohm used a lot. I noticed it in the video that I wrote about in my previous post.

It is a word with a meaning that is rather general. A word that you read without really noticing.

But the more I became aware of the word, the more I got the feeling it was very important, even essential in the way Bohm looked at the world.

In the interview he used it when he talked about the thought process. And in the same interview it also became clear that coherence was essential in learning.

But the more I thought about it, the more I realised he used it also in his view on creativity. And in his view on art. And on dialogue. And on society. Maybe also on his writings on science, but because those writings are often way over my head, I can not be sure.

So I wanted to write a post about coherence. What it actually means and why it is so important, even seems to be at the core of his work.

To do that, I went back to his book On Creativity, to focus on where and how he exactly used the word coherence and in relation to what.

Between reading the book for the first time and now, I read a lot from and about David Bohm. And I heard and watched him on tape and video.

Another part of that information came from another source. The book The Master and his Emissary, about the difference between the left and right hemisphere of our brain.

So when I read again in the book On Creativity, I noticed many things that I did not notice before because they are very subtle. Subtle but important at the same time.

One example is the following. It is the last chapter of the book, which is an interview with Bohm. He talks about thought and how our unconscious makes us do the opposite of what we want.

The interviewer asks how we can spread this new awareness among people, how we can make it understood and put into practice.

It would be a mistake to try to put it into practice. That is already a contradiction. As I said before, we have begun by doing one thing, we keep on doing it, and we try by means of a practice to overcome what we are already doing in the opposite direction. That is like somebody who is hitting himself with his right hand trying to stop it with his left hand. The basic difficulty is that our practice is unaware of the fact that it is producing all these problems.

I think this answer is very interesting for several reasons. The first is that it points to the difference between our right and left brain as talked about in the book The Master and his Emissary.

It is also about what Bohm calls self sustaining confusion, how we struggle to handle information that seems contradicting.

People may have incoherent views of the whole, which could be very destructive. It is not enough to have holism, although that too is important. We must do justice to each of the parts, as well as understanding their relative independence, in order that there be freedom.

We can never have a coherent view of the whole, without understanding other views. 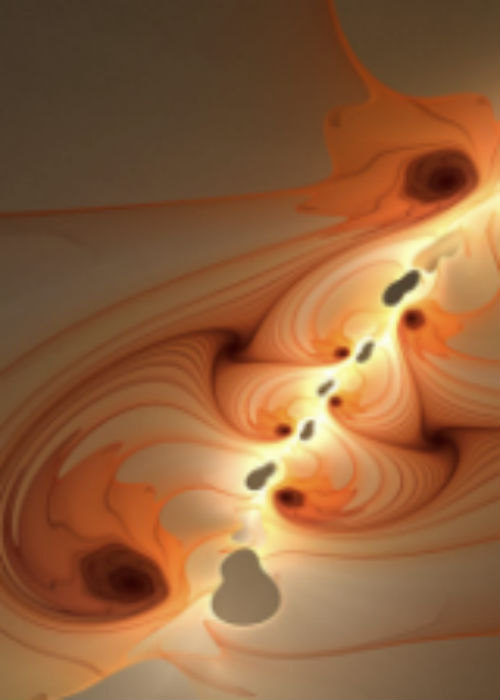