Finally I started reading the book On Dialogue by David Bohm.

I was not sure at first that I wanted to buy the book, as there is so much to find online. Like this Proposal for Dialogue.

But although I am fine with reading bits and pieces online, or borrow a book at the library, in this case I just want to own as much of Bohm’s books as possible.

I am reading and re-reading his books all the time at the moment. That, as well as books and articles about him.

So I started with the very first chapter in the book On Dialogue. That chapter is called On Communication, Â an essay he already wrote in the 70s.

And reading that chapter made me realise his huge, huge insight in things.

The chapter is very short, but contains really so much valuable and brilliant insight already. First he talks about communication in general, what it means and how it is used.

Then about a special kind of communication that is dialogue and how it differs from ordinary communication. And how the artist and scientist also have a dialogue. The artist with his material and the scientist with nature.

The Meaning of Communication

First he gives his understanding of the meaning of communication, which he says is ‘to convey information or knowledge from one person to another as accurate as possible’.

Which is of great importance in the work field. One person giving a set of directions to another person.

So the essence of communication is ‘to make something common’.

The Meaning of Dialogue

Dialogue is a special kind of communication. In his later work, and so I think further on in the book, Bohm explains his view on dialogue very extensive. But here in this early essay, he compares it with communication.

If communication is ‘to make something common’, dialogue is ‘making something IN common’. Or as he says ‘creating something new together’.

That is, if the dialogue is held as he thinks it should. Because in most cases there is a HUGE problem in the exchange in meaning between people.

He says meanings are similar but not identical.

Which can be a real problem if people get to focus on just their own meaning.

But if done right, it can also lead to something new.

On considering this difference, she may then be able to see something new, which is relevant both to her own views and to those of the other person. And so it can go back and forth, with the continual emergence of a new content that is common to both participants.

Which needs an open mind.

Each has to be interested primarily in truth and coherence, so that he is ready to drop his old ideas and intentions.

The Artist and Dialogue

Then he goes on with how we communicate with ‘things’, as he says that is what we do with everything in the world, not just with people.

An artist is not just ‘expressing himself’, not just ‘pushing outward what is already formed inside of him’.

Rather, what usually happens is that the first thing the artist does is only similar in certain ways to what he may have in mind. As in a conversation between two people, he sees the similarity and the difference, and from this perception something further emerges in his next action. Thus, something new is continually created that is common to the artist and the material on which he is working.

The Scientist and Dialogue

The same goes for the scientist who has a dialogue with nature. An idea is tested by observation.

When it is found that what is observed is only similar to what she had in mind and not identical, then from a consideration of the similarities and the differences she gets a new idea which is in turn tested. And so it goes, with the continual emergence of something new that is common to the thought of scientists and what is observed in nature.

Free Communication and Blocks to Dialogue

But we are not aware of that same block with ourself.

The very nature of such a block is, however, that it is a kind of insensitivity or anesthesia about oneâ€™s own contradictions. Evidently then, what is crucial is to be aware of the nature of oneâ€™s own blocks. If one is alert and attentive, one can see for example that whenever certain questions arise, there are fleeting sensations of fear, which push the person away from consideration of these questions, and of pleasure, which attract his thoughts.

This subtle fear and pleasure are very important things to notice. They prevent us from listening to the whole of what is said. So we have to give full attention to these blocks.

Sensitivity to Similarity and Difference

Also the sensitivity to similarity and difference seems to be very important. Something as an opening to other views or other systems. Not the importance to impose one view upon another but to listen to the response. The real importance is in the building. The gradual building of what emerges during the exchange.

And that is only the first chapter of the book. Not more than five pages. I already know I love the next chapter about dialogue, because I read a lot about it lately and think it is brilliant.

But also the other chapters (like about collective thought, paradox, proprioception, observer and observed) seem very interesting. 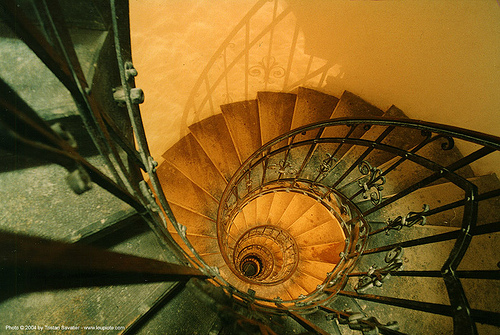