Recently I found a real treasure!

At least that is what I considered the video that I found of David Bohm.

It is a video where he talked about his life, recorded about two years before his death.

There is a part of this video on Youtube that is called David Bohm on perception which I found very interesting. Below the video I saw a comment from the interviewer that there was this whole interview available.

I clicked through and did not only find the video (a preview online, the whole can be downloaded) but also a transcription of that video.

Which I really love, because I have to read again and again what Bohm actually said at some points. During the interview he said many interesting things, but most are very subtle.

That is why I want to write some blogposts about what I found most interesting. This one will be about his differentiation between thinking and thought.

For me it was an interesting follow up after the posts I did some time ago about the Rheomode, the experiment that Bohm did with language.

Beginning of the interview

In the interview, before he gets to the part about thinking and thought, he already said some very interesting things. About his childhood and how he got to see everything as a flow instead of a fragmented reality. He talked about his interest in politics and how he got into physics.

Also about how our minds work regarding what we see as necessary and about perception as a dynamic process.

I will certainly go into that more detailed in other posts, but in this one I want to focus on his differentiation between thinking and thought.

First he talks about theories which can never give true knowledge, but give a way of looking at the real world.

Thinking is an active verb

Then, in an attempt to make himself more clear, Bohm makes a distinction between thinking and thought.

Thinking is an active verb, think-ing. It means you are doing something. One thing you are doing is criticizing your thoughts, seeing whether they cohere. And if they donâ€™t, you begin to change them and experiment with others. You get new intuitions, new insights.

Which is very different from thought.

Thought is a conditioning

Thought is not that active and Bohm calls it conditioning. In order to explain what he means he takes the example of Pavlov and his dogs.

The dogs would salivate when they saw food. He rang a bell and the dogs associated it with the food, so later, they began to salivate just by the sound of the bell. So, there is an elementary thought here, which was, whenever a bell rings. The first reflex was whenever food is there, salivation occurs. That may have been built in instinctively. The second reaction, which is conditioned, is, whenever the bell rings, salivation must occur.

So these are two steps in a process. The first step is called reflex. Something that is build in, a natural characteristic of humans as well as animals.

The second step is conditioning. Something that might not be build in itself, but because of a certain development (learning) it is still a very basic quality of, again, humans as well as (many) animals.

And, according to Bohm, thought is nothing more than a form of reflex and conditioning.

You say, whenever I think this, I must conclude that. Whenever I conclude that, I must go to the next step, you see, it may be established by association, or by other ways, like reasoning, where you try to organize it logically, or by similarities – association in time is the simplest, association by similarity, or a connection by logic. But, once it is done, it is all the same, it is a reflex, you see, logic is a reflex.

He even calls logic a reflex. Logic in itself is not proof of reality. But according to Bohm, something else is.

He says that our thoughts have to be criticized, by watching for its coherence. Even if an argument seems logical, it does not always mean it is. We have to become sensitive to coherence and incoherence which is a perceptive process.

At this point I am trying to better understand what Bohm means with coherence. I do have a certain idea of what he means (a gradual building of perception and thinking) but am not sure yet if my understanding is indeed what he means.

Maybe that becomes more clear when I write some more posts about my favorite (by now) interview with David Bohm. 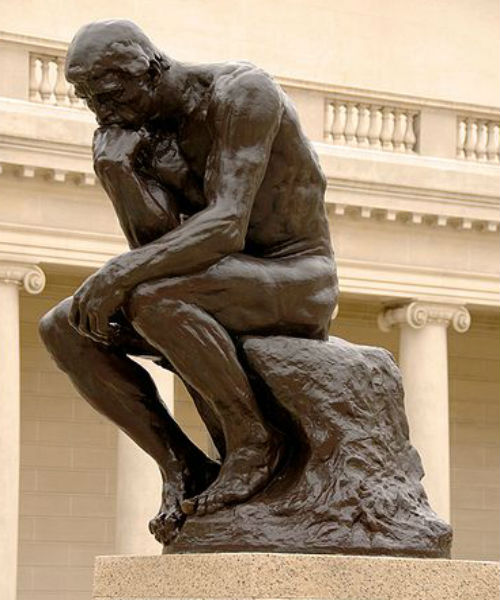 Collective Sharing of Individual Knowledge
Our Incoherent View of the Whole