A few weeks ago I came across a blogpost about a book called The Master and his Emissary.

The writer of that post thought the book was very important, maybe even the book of the century.

In that same blogpost was a video with the writer of the book, Iain McGilchrist. I watched that video and thought it was really very interesting. He talked about the left and right hemisphere of our brain.

About how there where many attempts, over time, to mark their difference. And how many researchers gave up on it, because each time certain conclusions got disproved by more evidence.

If I understand it correct, the main difference was between context and focus. Context being the right and focus being the left. And as the title of the book says, one is the master (right) and the other the emissary (left).

I was fascinated by that description, because it very much gave words to my own thoughts and feelings about the mind. The thoughts I had when I read about a philosopher called Jean Carteret.

Carteret talked about the psyche and language. (For the moment I want to stay as close as possible to the words he used, although McGilchrist wants to stay away from language as a concept of one hemisphere.)

I have been fascinated by that model from the moment I read about it. But never really found anything else to support the model until I listened to that video. And I just knew I had to read the book.

So I got it this weekend and started reading. I only got as far as the introduction, and although it is not an easy read, I really think it is going to be very interesting.

If I understand it enough, I want to write some blogposts along the way, because that way it makes it easier for me to digest and give my own turn to what I read. My main goal is to see if indeed what Iain McGilchrist says is in essence the same as what Jean Carteret said.

I found an interview with McGilchrist where he said the following:

The left hemisphere is self consistent in a simplified way. So it can delude itself that it knows everything, whereas I see the right hemisphere as seeing things that lie beyond what we ourselves can see.

And below is the video with the talk about his book.

Near the end he talks about the left hemisphere.

It is convincing, cuts off what does not fit. It is self consisting and therefore compelling, it controls the media and is vocal on its own behalf. It is like a wall of mirrors, the more we get trapped, we get reflected more of what we know.

And he ends with a quote of Einstein:

The intuitive mind is a sacred gift and the rational mind is a faithful servant. We have created a society that honors the servant and has forgotten the gift.

My next step is to read the book from start to finish, writing blogposts along the way. 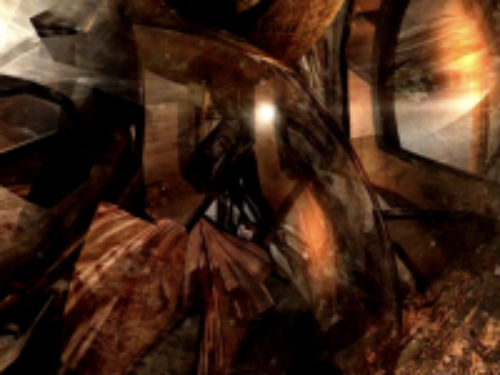 The Physical, Aesthetical and Moral Stage of Development
How we Re-Cognise what we Experience