I was planning to write a post about ‘the medium between law and necessity’, another phrase in the aesthetic letters.

But looking at the subject, I realised it was something I have been writing about again and again on this blog.

Not using the same words, but the essence of those posts was mainly the same. Two opposing forces (or concepts or qualities) and a third one in between.Â  Many posts are about polarisation, but recently mainly about creativity, beauty and aesthetics.

According to David Bohm and Friedrich Schiller those have to do with what is in between the polarisations.

The polarisations of mind vs matter. Of individual vs collective. Of inside vs outside. Of monism vs dualism. Of instinctive vs moral. Of inclination vs duty. Of form vs meaning. Of sensuous vs formal.

And that what is in between. In between what can be given many names.Â Which are not the same but are very strong related. And all need the free space between the two opposing forces.

Next are some of the posts that have this opposition. An opposition that can only find a solution with space inbetween. Enough space for the above qualities to develop.

In the post Is our world dualistic after all I was trying to find out what the difference is between monism and dualism. I wanted to understand it, because I did not know if David Bohm thought of our world as dualistic or monistic. But it seems that his view was slightly different. He did not think it was monistic in the way that only the physical was real, or only the mind was real. But he also did not think it was dualistic in a way that dualism is mainly seen. However he did seeÂ two basic elements that can never be reduced to one. He called them energy and information.

With the post Inner Drive or Navigation from Outside I wanted to dig deeper into what blocks creativity. AfterÂ the post about how creativity is blocked by the need for approval, where I wrote about the view of David Bohm about those blocks, I wanted to go on a bit about two very different and opposing human characters. One that is independent by nature and acts mainly from an inner drive. And the other that has a strong desire for approval and praise and as a result is fueled by the outside world.

In the post Between Instinctive and Moral Behavior I started blogging about the letters on aesthetics by Friedrich Schiller. I had been reading, blogging and thinking a lot about aesthetics when I found those letters. His style of writing is not easy to read, but what I did understand (together with what I found that others wrote about those letters) I had the feeling it all came down to one essential concept. He sees beauty as an essential step between our instinctive nature and our moral behavior.

With the post Form becomes Independent of Meaning I wanted to emphasize the fragmentation. How the individual is sacrificed for the society. Where the individual is forced to specialistic focus. That way development goes very far beyond the limits of nature. But it looses contact with the whole. The isolated forces have made humans extraordinary. But only some sort of equilibrium between those extreme opposite forces can give happiness. Which is at the same time the place from where creativity, and as a result the actual change, can start.

With the post Sensuous and Formal Instinct I wrote about how Schiller talks about two false roads that he calls our sensuous and formal instinct. Holding those two instincts together is important. But the sensuous instinct requires change, has to happen in time, while the other, the formal instinct requires universality, something that goes beyond time, wants no change. Here, Schiller makes a start with the solution. The solution that somehow has to do with aesthetics, beauty, creativity and art. And at this point he starts with the introduction of a third instinct. The instinct of play.

In the post The Instinct of Play I wrote about the introduction of this third instinct. This instinct of play, as Schiller calls it, lets the two opposing instincts (the sensuous and the formal instinct) act together. Even though they are each others total opposite, it is possible to play with them, let them be there at the same time.

As long as they are playing together, there has to be no conclusion on what is true and what is false. During the play, the mind can be physical and moral at the same time. The play takes the dynamics out of feeling and passion. And it takes the moral out of reason.

So the instinct of play makes a communion possible between two opposing instincts. They exist together without a final conclusion.

Somehow this communion has to do with what Schiller calls beauty. Beauty that can not exist without one of the opposing instincts. It needs both. And as a result it needs the third instinct of play to let them exist together.

I just wanted to know if Â´the medium between law and necessityÂ´ is the same as Â´creativity between inclination and dutyÂ´, or Â´beauty between form and meaningÂ´ and so on. So far I am not yet sure, but this post might make it easier to see the differences and similarities between the words that are used. 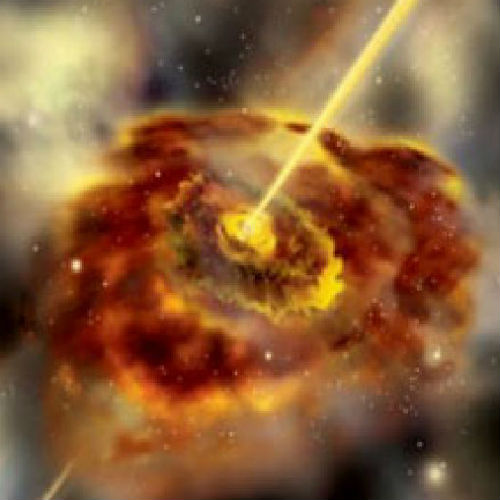 The Instinct of Play
The Physical, Aesthetical and Moral Stage of Development