This post is about another block to creativity, a block that prevents us from expressing the creativity that is present in each of us.

Self-sustaining confusion of the mind.

This not the usual confusion, the confusion we experience if we just don’t understand something from outside. Bohm, in On Creativity, says that this self-sustaining confusion is something different.

Self-sustaining confusion occurs when the mind is trying to escape the awareness of conflict. In which one’s deep intention is really to avoid perceiving the fact, rather than to sort it out and make it clear.

Wow, this is huge. And I think very true. That what can also be called ignorance. Or avoidance. The time before the demanding need to integrate the shadow. When we can get away with acting like everything is okay.

Bohm points out that this process creates an order on its own: a reflexive state of dullness in which the natural agility of the mind is replaced with torpor on the one hand, mechanical and meaningless fantasies on the other.

Very interesting picture here. And one that I think is very common. The picture I get is a huge gap between emotions and intellect. Between conscious and unconscious. Between body and mind. There is no interaction, no healthy feedback mechanism that provides the necessary information to keep the organism (in this case the human individual) healthy.

Unfortunately this has come to be considered a normal state of mind, and is therefore endemic in our culture.

I think indeed most of us will see this all around. The solution that Bohm gives here is also very interesting.

Consequently, we need to give patient, sustained attention to the activity of confusion, rather than attempting to promote creativity directly. Giving simple attention is itself the primary creative act.

Here again gets clear that Bohm sees creativity as a process. A process that is very unique and personal. An integration of inner conflict, of views that are very different and might even be opposed.

From such attention, originality and creativity begin to emerge, not as something that is the result of an effort to achieve a planned and formulated goal, but rather, as the by-product of a mind that is coming to a more nearly normal order of operation.

So there is nothing special about creativity. It is not just for artists. It is something that natural arises in a healthy human being. In every human being that is not paralysed by confusion. 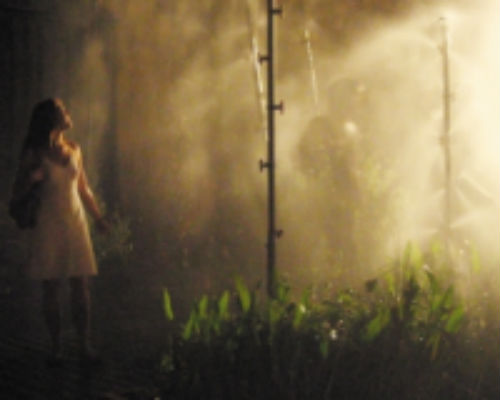 The Worldview of Aesthetics
Will Confusion Really be our Epitaph