With my previous post I compared different views on aesthetics.

It were the views, as I understood them, from Kant, Adorno and Bohm.

But I did not compare their totality.

So in this post I will first define aesthetics and then see if I can find the essential difference between those three views. Or maybe not so much differences, as well different emphases on what they saw as important.

– A philosophy dealing with the nature of beauty, art and taste.
– The creation and appreciation of beauty.
– The judgments of sentiment and taste.
– Critical reflection on art, culture and nature.

The emphasis of Kant is in a way rather static. Taste is subjective and you feel what you feel and your opinion is just that. But you can learn new things, which might alter your taste.

On the other hand he says there is beauty that is universal. And there is no such thing as an opinion about that.

With Adorno the emphasis is on the interaction between subject and object. Between artobject and observer. Their exchange is essential. An artobject is art because it is recognized and understood.

Bohm also talks about an interaction between object and subject. But he goes further. He talks about changing the patterns. Looking beyond the aesthetics and recognize differences and similarities.

an interaction between the world beyond the aesthetics (maybe potentials on a quantum level) that can be altered by the individual.

Kant: view can change, world can not change.

Adorno: view can change, world is changed by artists.

Very simplistic view on my part, but if I would not put it so brief, I get lost in words with their different meanings. I will try to write a better post later, that does more justice to each of the views, but for now this is my best understanding. 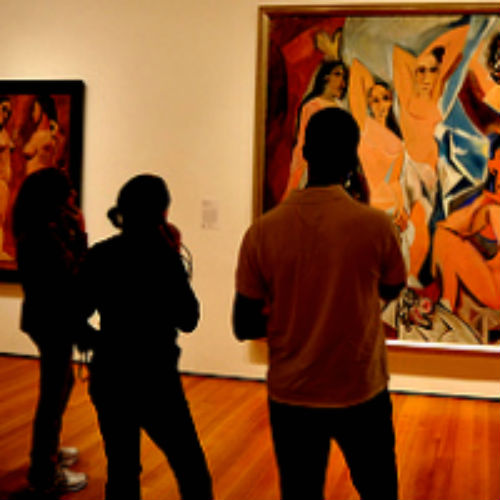