Creativity has to do with recognizing differences and similarities.

Recognize patterns that have a certain appeal to us, patterns in which we see beauty.

Now it is often said that beauty is subjective. That beauty is in the eye of the beholder. But according to David Bohm in On Creativity, beauty is not purely subjective. He says there is a more objective part about it.

Beauty is not simply a matter of personal opinion, dependent primarily upon the eye of the beholder. It is the result of dynamic, evolving processes that consist in order, structure, and harmonious totalities. Consequently, Bohm suggests the need for a new language in which these processes are conceived in objective terms, asserting that their coherent interplay results in an aesthetic perception of wholeness that is not strictly subjective.

So it is about recognizing a certain harmonious totality. Maybe a certain structure that makes sense to the person. At best a person who can see beyond the concepts. Seeing beyond the static, already known concepts and see that what lays beneath them.

Seeing that, means there can be formed other patterns or concepts from that underlying wholeness. Seeing new relationships between things.

Such sensitivity to similarity and differences enables one to perceive new orders of structure, both in the objective world of nature and in the mind.

I thought that David Bohm’s views on that are very interesting. Some time ago I read something from the philosopher Adorno, that seemed to say something similar about art.

It seems that Adorno’s opinion about art is different from the philosopher Kant, who says that it is subjective. Kant says that it is in the eye of the beholder, while Adorno says that the artobject and the observer together are the truth.

That truth part is not just the artobject. And it is also not just the observer. Maybe it is not art at all, until the artwork is understood.

UPDATE: I have to stay with this a little longer, as it seems that Kant differentiates between taste and beauty.

Aesthetics is the philosophical notion of beauty. Taste is a result of education and awareness of elite cultural values; therefore taste can be learned. Taste varies according to class, cultural background, and education. According to Kant, beauty is objective and universal; thus certain things are beautiful to everyone. The contemporary view of beauty is not based on innate qualities, but rather on cultural specifics and individual interpretations.

So in my next post I might better compare the views of Bohm, Adorno and Kant more closely. 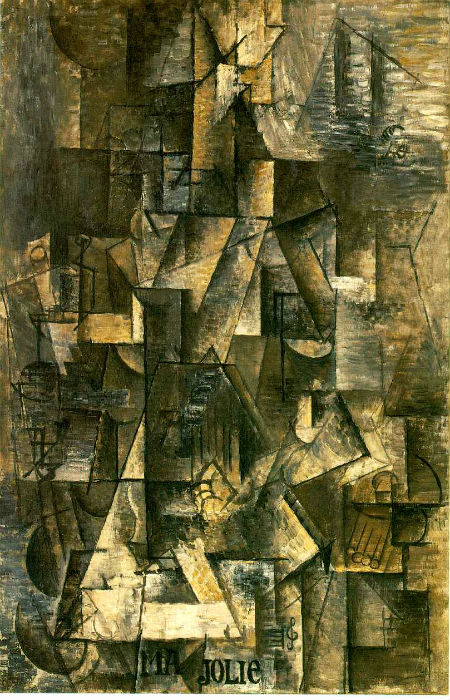 Recognizing Patterns from an Underlying Reality
The Worldview of Aesthetics