Last week on Problogger there was a great challenge.

It was a 7 link challenge, to write a post with links to 7 posts that fit into 7 themes.

I thought that was a perfect way to go over my posts again to see which ones I could bring together in one post.

1. Your first post – The reason for my first post Creating my own webspace, was to write a post that I could use as my about page. In that post I wanted to write about why I blog. But the post got much to long and so I decided to write several posts that I could edit into an about page later. Until now I did not do much editing yet, but just copied those posts in a static page.

2. A post you enjoyed writing the most – The post I enjoyed writing the most was Creative Development. Mainly because of the connection I made with blogging as a certain step in creative development. The rest of the post was relatively easy to write, but I could not think of a good example of the combination of creativity with interaction. I thought about it very long, and suddenly it became clear, it just had to be blogging.

3. A post which had a great discussion – Not so much a discussion on that post itself, but a comment on the post The Meaning of Values was the beginning of a discussion about logic and language that spread out over other posts and pages.

4. A post on someone else’s blog that you wish you’d written – I read that post last week and it reflected very much my thoughts about reciprocity in a relationship. The title is Warning: Compromising in your marriage may ruin it. Although the title seems to says that you should not compromise, I think what he means is a little more subtle, although very important in my opinion.

5. A post with a title that you are proud of – That is the title of the post Patterns of Meaning that Develop over Time. Not that I came up with that line myself, but I distilled it from an interview with the writer David Foster Wallace. When he said those words, I almost felt the excitement, as that was exactly how I see things. The context was the following:

There is something musical about reading because it has to do with the patterns of meaning that develop over time.Â It isnâ€™t like looking at a piece of art, because there I choose how long I look and what I look at. In a piece of music or in a movie that flow is directed for me. I got no choice but to follow. With booksÂ I am trapped in time but I have more mobility within that time, going back and reading again the paragraph I like.

6. A post that you wish more people had read – A post that I think was really good was Critical about Criticism. In that post I often wondered if I meant exactly what I wrote, but when I read it again, I indeed do. The reason why I doubt it every time, is because of the meaning of the words criticism, feedback and judging. I think the meaning of those words is close, but at the same time very different.

7. Your most visited post – The post that gets the most hits from Google search is The difference between Integrity and Honesty. I wrote it after a discussion about that difference on a forum. 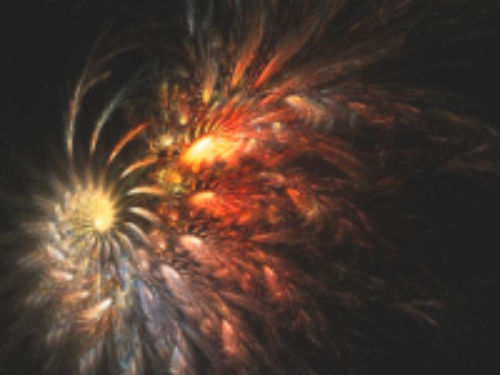 The Development of Creativity
What is the Self?