A few weeks ago I got a book from the library that really fascinated me.

And especially one chapter was so interesting that I wanted to write several blogposts about it.

But while doing that, I found out that this book was an older version. And there was a more recent version that had an extra chapter in it, that was not present in the version I was reading.

The title from that chapter sounded really interesting to me. It was called ‘The Order Between and Beyond’, and that really sounded like a subject related to this blog.

Related to the relationship between mind and matter, but especiallyÂ about the opposition between potential and structure.

And suddenly the version from the library was not good enough anymore, and I just had to have the newer version. So I ordered it and while waiting for it to be delivered, I read some pages already online.

And there I found the name of a man that also (like David Peat, the co-writer of the book) had been working with David Bohm. His name was Basil Hiley and, of course, I immediately searched for some information about him.

I found a series of 13 videos where he was interviewed on his vision of quantum theory. My attention was most caught with video 11, which is the video I uploaded below.

Here (at about 1:50) Hiley is talking about a man called Grassmann:

Now for a physicist that was mindblowing. Because I always believed that what we were doing was mathematics of the movement. Of material processes.

From those original ideas of Grassmann, mathematics is about thought. What is thought? Thought is about becoming, not being.

And therefore, really, we should be talking about becoming and not being. What we always do with Newtonian physics is talk about being. So being is secondary.

At this point I can’t exactly say what it should mean, but somehow I felt this difference between ‘being’ and ‘becoming’ is essential.

And somehow has to do with the difference between, what Jean Carteret calls, ‘limitation’ and ‘infinity’, and what I translated with ‘structure’ and ‘potential’.

So Grassmann said that mathematics is ‘the form in which we can hold the content of thought’. I have to think a little further if that is about the same as the difference between the map and the territory… 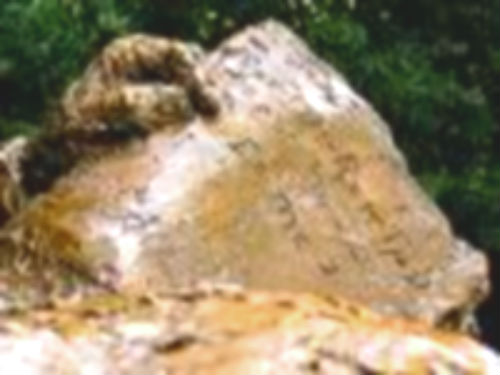