This post is going to be centred around several sentences.

A few lines from the book Science, Order and Creativity.

The moment I read those lines, I really felt this was true. By analyzing it here in this post, I hope to emphasise the very important distinctions that I think are essential.

I will let the text intact and just pull it a bit apart and give it headlines. That way I hope the subtle differences become more clear.

“Thus creativity appears to be incompatible with external and internal rewards or punishments. The reason is clear. In order to do something for a reward, the whole order of the activity, and the energy required for it, are determined by arbitrary requirements that are extraneous to the creative activity itself.”

Passion needs to come from inside

“This activity then turns into something mechanical and repetitious, or else it mechanically seeks change for its own sake. The state of intense passion and vibrant tension that goes with creative perception then dies away.”

Danger of dependence from outside

“The whole thing becomes boring and uninteresting, so that the kind of energy needed for creative perception and action is lacking. As a result, even greater rewards, or punishments, are needed to keep the activity going.”

Adapting outside structures without understanding

“Basically, the setting of goals and patterns of behavior, which are imposed mechanically or externally, and without understanding, produces a rigid structure in consciousness that blocks the free play of thought and the free movement of awareness and attention that are necessary for creativity to act.”

“But this does not mean that rules and external orders are incompatible with creativity, or that a truly creative person must live in a arbitrary fashion.”

“To write a sonnet or a fugue, to compose an abstract painting, or to discover some new theorem in mathematics requires that creativity should operate within the context of a particular artistic or mathematical form.”

“Cezanne’s particular creativity in art, for example, was directed toward the discovery of new forms and orders of composition within the context of a particular form of freedom that thad been previously established by the Impressionists.”

“Some of Bach’s greatest works are similarly created within the confines of strict counterpoint.”

“To live in a creative way requires extreme and sensitive perception of the orders and structures of relationship to individuals, society, and nature. In such cases, creativity may flower.”

No growth on external goals

“It is only when creativity is made subservient to external goals, which are implied by the seeking of rewards, that the whole activity begins to wither and denegrate.”

Fuel has to come from INDIVIDUAL insight and understanding

So creativity has an inherent order. That inherent order grows on insight and understanding. It has to develop and grow according to that. During that development it might need certain rules and boundaries to keep growing in a certainÂ  direction. It might need ideas of others to grow even further….

…all that only after a certain independent growth on its own. Without interference from others. Without criticism. Without punishment. Without imposed rules.

Even, and maybe even most of all, without praise and rewards.

Because praise might be the biggest trap. Praise and rewards from others might be so addicting, that it becomes more important than creative growth. And as a result the fuel comes from outside instead of from the inside. With the risk that, one day, the fuel gets cut off. 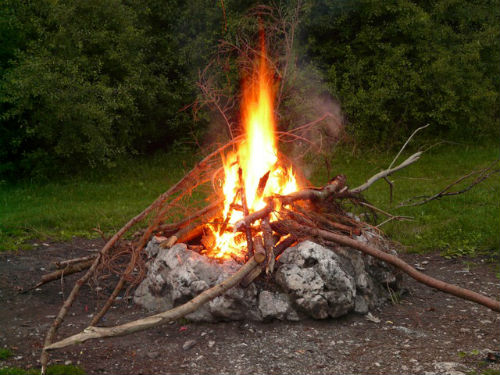 Inner Drive or Navigation from Outside
Thought is about Becoming, not Being