In this post I want to see how the conclusions from the previous post fit the model I use on this blog.

There are many ways to look at it, but for now I want to focus on the main point of that post: the need for approval.

As children we are sensitive to authority. We have to learn what is right and what is wrong. There is a constant battle in the child between a desire to do something and the consequences those actions have. Do something wrong and get punished, do something right and get praised.

The other type is the good kid. The child that more likes to be praised than it wants to do things its own way. The child that needs approval. That needs assurance and encouragement. That wants to be liked. They go long ways to please others and live by the praise they get from that.

Inner drive or navigation from outside

But still, in essence I think there is this difference. Not only with children, but also with adults.

There are those that first and foremost live from their own inner power.

And those that are fueled by others.

This is the group from the previous post that has so much more difficulty to use their creativity. The group that is very sensitive to what others say. That thinks people with authority know everything better than they do. Who will never break a rule. Who think of others first. Who want to be liked. Who only do what they are supposed to do.

In other words, who do not trust their own inner drive. But let other people guide them.

If that should be translated to the model of development, that would mean that some part of that cycle is not enough developed. Some part that is called the part of individuality.

And if that part is not enough developed, that means that the cycle goes from pre-indivudual straight to post-individual. With the result that values (9) and authority (10) come from the outside world.

Now this is not so much a problem for children. In many cases it is a good thing that values and authority come from the outside, because they are not yet in a position to make decisions on their own judgement.

And even for adults it might be so much easier if others provide us the values and play the authority. And it might go well for some time.

But all the time this selfish yet very creative energy (5) is still there. Even if it is suppressed or ignored. But as it is not developed, it comes around in different forms. Destructive or projected on others.

Or as a need for praise and attention.

But instead of just being an unconscious need, it has to be accepted. It has to be developed. It has to become strong. And the only way to achieve that, is to acknowledge it. And let it work on its own.

It is the transformation that naturally belongs to puberty.

Of course many have that desire for a strong selfexpresssion much earlier. And some much later. And some might even never discover it.

But I see it as the essence of human development. Our own creative selfexpression. Using our own inner drive, instead of depending on navigation from outside. 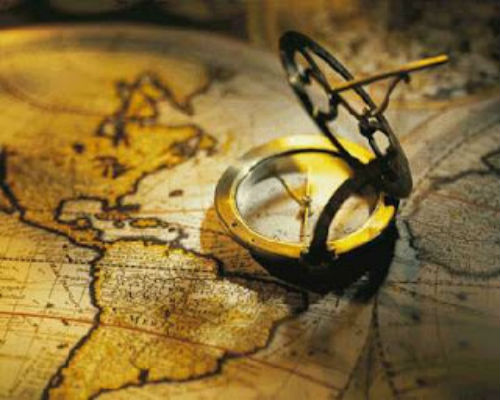