In the previous posts I tried to describe an experiment with language and thought.

It is an experiment in David Bohm’s book ‘Wholeness and the Implicate Order’ called ‘The Rheomode’.

In that book he proposes a new mode to use language, and in these posts I want to talk about my understanding of that experiment.

In the post Describing Personal Development I wrote about my search for words to describe personal human development. My view on that development is mainly based upon the cycle of the zodiac, but so far I could not find the right words.

But reading about the experiment of Bohm, I got the feeling that he kind of found a solution for that. That he found a way to describe a process which seemed exactly what I was looking for.

In the post An Experiment with Language and thought I wrote about the reason for his search for such a language. It was because of his desire to describe what was going on in the quantum world.

He searched for a language that was dynamic instead of static.

Now in this post I want to describe the form that he proposes. He starts with one word that he uses as an example. But it is not just any word. It is a word that is very important in his whole approach.

To discover whether something is relevant or irrelevant, is one of the main points in his experiment. To show what he means, he starts with the word ‘relevant’ itself.

The word ‘relevant’ derives from a verb ‘to relevate’, which means ‘to lift’ (as in ‘elevate’). In essence, ‘to relevate’ means ‘to lift into attention’, so that the content thus lifted stands out ‘in relief’. When a content lifted into attention is coherent or fitting with the context of interest, i.e. when it has some bearing on the context of some relationship to it, then one says that this content is relevant; and of course, when it does not fit in this way, it is said to be irrelevant.

Then he goes on with an example (from Lewis Caroll’s book ‘Through the Looking Glass’) that makes clear what he means.

With that example he wants to show that relevance is more important than truth. Because to ask whether something is true or false, it first has to be relevant.Â  And in his example it is clearly not.

…this watch doesn’t run, even though I used the best butter…

Bohm’s point here is that thought and language are treated as realities on the same level as their context. But to see relevance, is an act of perception of a very high order. It can not be found by some set of rules.

Cleary, the act of apprehending relevance or irrelevance cannot be reduced to a technique or a method, determined by some set of rules. Rather, this is an art, both in the sense of requiring creative perception and in the sense that this perception has to develop further in a kind of skill (as in the work of the artisan).

Context at the moment of expression.

So if something is relevant or irrelevant can only be clear at the moment of expression. If the context changes, the statement might become irrelevant.

But in our language the relevance is discussed in a structure where nouns are seen as basic. So the form of the language has a tendency toward fragmentation.

And although we can overcome fragmentation in our language by using it in a more poetic way, Bohm suggests that it might be possible to do so in a more coherent and effective way.

So his proposal is to give the verb, instead of the noun, a primary role.

So far, he talked mainly about the meaning of the word ‘relevant’. When he goes on, he uses that word to explain his use of verbs and how he adds prefixes in a certain order. 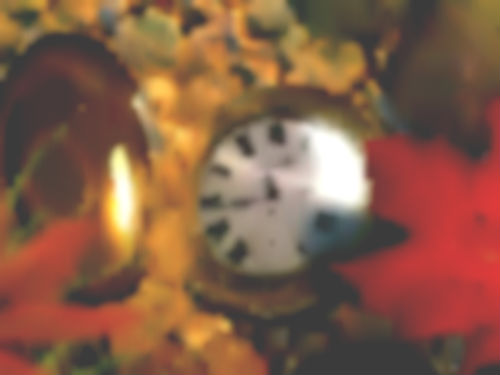 An Experiment with Language and Thought
Understand, Divide and Order