In my previous post Making a Concept of the Whole, I uploaded a video of David Bohm where he talks about finding a way to make quantum physics intelligible.

After the transcription, I was going to add my understanding of what he said there, but got a lot of problems with uploading that post.

At this moment I can not change anything in that post, so I can not highlight what struck me most. Now I will do that here in this post.

Bohm says a few times in the interview that the difference with his interpretation of quantum physics and that of others is very subtle, but at the same time essential.

It is very clear that he has a lot of trouble explaining it and the main reason for that is in my opinion that it is so obvious and common, that we are hardly able to see it.

I will try to seperate as much as possible what he said and hope that it makes more clear what he actually says.

Similarity between quantum physics and society

Bohm is comparing the view of quantum physics with society and the interviewer asks him if that is not strange.

But he thinks there is very much similarity, problems in society can only be solved if they are seen as a whole. Not by a fragmentary approach.

And the same goes for what is happening in the quantum world. Like there has to be an emphasis on wholeness in observing a phenomenon.

It is not just an observer and a phenomenon that is being observed. There is an interaction going on, or as Bohm says (somewhere else) ‘observation is going on’. This is where his experiment with language, called the rheomode, comes in.

It must be possible to make a concept of the whole

Then the interviewer asks how his view differs from the mainstream view in quantum mechanics. Bohm says there is actually not that much difference, but his main point is that he thinks that there has to be a way to make the experiments intelligible.

According to others, the only way to explain it is by mathematics. And because mathematics is too abstract, it can only refer to the results of the experiments, but what happens can not be discussed.

Effect in the quantum field depends on the form, not the intensity

What he says here is really very important I think. He takes some time to explain it all, but it is indeed very subtle.

In fact it is so common, that we do not pay attention to it.

Then he gives the example of a ship guided by radar and on an automatic pilot. The guidance does not depend on the intensity of the wave. It depends on the form that carries information.

The word information has two words, ‘in’ and ‘form’. To put form in.

The ship moves under its own energy, responding to the form.

So if I understand it correctly, this form where Bohm is referring to many times, is not energy. There is energy, but apart from that, there is information.

But they are not the same.

This information has a certain form. And it does not add to the energy, but it does have an effect. It contributes fundamentally to the quality of substance.

So not everything is energy. Apart from matter/energy there is something else.

And that is information. Information that does not have an intensity but a form.

Mechanical in quantum versus information in society

This took for me the longest to understand and I am not sure if I do now. But if I understand it right, the main difference between the quantum world and the ordinary world, is the characteristic of information.

And according to Bohm, the electron has the same characteristic as information. It responds to form and not to substance. And so do our mind and consciousness.

Now Bohm says in our day to day world, that is just common sense. Most of what happens is because of the exchange of information. It is what our whole world is based upon.

But our experiments in the last few centuries, are focussed on the mechanic part. And wants to explain all things through that.

The importance of information

So I think what Bohm says here is very important. If I would have to pin down what it all comes down to, I would say that it is that information plays a crucial role, but although it is not actually seen seperate, it is different from energy. 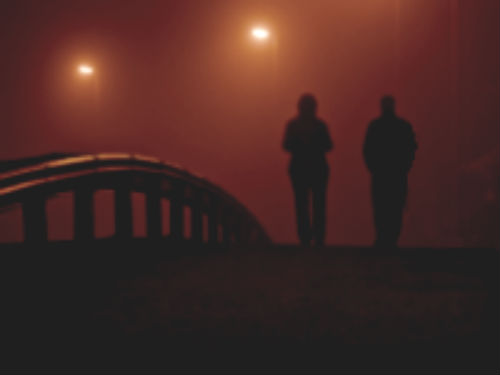 Making a Concept of the Whole
If you Know All the Views, you will Know the Whole