In this post I want to upload and transcribe the fourth part of the interview with David Bohm.

In the previous part he talked about why it is important to distinguish information from energy.

How information plays a major role in our day to day life (although hard to seperate from energy), but has no role in quantum mechanics.

In this part of the interview he elaborates more on the analogy of the quantum world with society.

Bohm: Very subtle, it is very hard to exactly pin it down. I think he (Niels Bohr?) would say that there is no point to this sort of speculation, he would regard it as a kind of speculation, which was not tied to an experimental fact.

But I feel that it is important to be able to make it intelligible and also to show the connection between this and also the whole range of experiments in other fields.

Bohm: Well, I don’t know, I it hard for me to know. But I think the other interpretation, the reason it is not generally known, is that it is not intelligible. It is so abstract and difficult that they really can’t understand what it says.

I think this interpretation will make the whole thing more accessible to more people and also maybe show the connection between different fields in some sense.

Interviewer: But in a way, what people from the Niels Bohr Copenhagen interpretation school would say is that you are reviving a classical world view.

I am going to introduce an entirely non classical concept which is the activity of information. That it contributes fundamentally to the properties of substance.

Now the fact that you still think of a particle doesn’t say that it is classical you see.

Interviewer: But in some senses your view is more classical than the Bohr view.

Interviewer: So could you say that it is the classical world view but with information added.

Bohm: Well some other things as well, which I haven’t gone into, but I think that when you have changed the concept so much, it wouldn’t be right to call it classical.

Interviewer: Maybe you should explain the wave function.

Bohm: Yes, this wavefunction is a mathematical representation of the field of information. In the case of one particle it is like a wave, but it is a wave that acts according to its form and not according to its intensity.

With many particles it is more complex.

Interviewer: And in the Bohr interpretation of atomic physics, he would say that the wave function is just something that we made up to describeâ€¦

Bohm: We make it upâ€¦ well, it is somethingâ€¦ Bohr called it an algorithm for calculating experimental results in the phenomenon.

Interviewer: A way of calculating.

Bohm: A way of calculating yes, and no more than that. Now, when Neumann said that something is a little bit different, that the wave function is a complete description of the quantum reality.

Now, it is not clear whether Bohr ever talked of a quantum reality, because he only talked about this whole phenomenon.

Interviewer: But then in your interpretation it is very important that the wave function is not just part of our description but part of â€¦

Interviewer: Could you elaborate on your view if you take it to societal analogies. How would your world view, if you give it a description as human affairs in society.

Bohm: Yes, well you see if you think of society, if you compare if every individual would have his own pool of information and leading to chaos. Or you could have people trying to move together with a common pool.

Of course you can have the attempt to impose the pool, but that might lead to a conflict with the pool.

I think it is essential to have coherence and order and harmony, that the whole society moves together with a common pool of information. Like this ballet dancer. Which is not imposed. But what is established by exchange and dialogue.

Interviewer: Do you think that we are moving in that direction.

Bohm: I think potentially we are, we need to. And some people may be, but the general trend has not gone very far. Because everything is divided into nations and religions and other kinds of groups which behave as if they where independent as they are not.

Bohm: Yes, that is right. But I would say that each individual contains the whole information field of society in his own way.

Bohm: Well, it is in his mind, in his brain. You see, everything you know comes from society practically. Both information and misinformation. It determines what you do.

Interviewer: But you have to read books to get the information.

Now the individual needs to have freedom to look at all the information and determine in his own way whether it is right or not.

But finally he has to be part of society. We call it the culture if you like then. So the individual, now what we need for this is that is that we have so many different individuals each with his own view and different groups and that view and they are coming into clash.

We have got to be able to talk about it, to dialogue, to entertain each others view, to look at it, calmly. So that each one can look at all the views.

Each individual, when he holds all the views then he holds the whole. He does not necessary agree with them but out of that I think will emerge a common pool of information which would guide society.

Interviewer: And when you say that each individual himself or herself has the whole human experience or knowledge, how does it get in there?

Bohm: In many ways. It gets in there first of all by osmosis. They pick it up, implicitly, from family, from friends, from school, what you read, what you watch on television. Television is making this much more so right.

And also it might be build in, some instinct of information which is common. And there may all we know be hidden connections and which we don’t know but implicitly each person contains the whole.

It is like a hologram which contains the whole without all the details.

[Update: There is a transcription of the whole interview on the pageÂ David Bohm Video Interview with Transcription]

I think Bohm did a very good job in explaining his view on the analogy with society. If I understand it all correct,Â  Bohm’s view on quantum physics includes information.

The very strange thing is that something that plays such a major role in our day to day experiences, does not play a role in those theoretical views of reality.

But as it got clear to me in the previous part of the interview, in the example with the ship,Â  it is also very hard to distinguish that information from the energy that is influenced by that information.

But as Bohm makes very clear in this whole interview, it is essential to make that differentiation. And after that, to look at it as a whole again.

Besides that, he has a very interesting view on how the individual is very important in society. He only touches on that slightly, but I think his view on that is also very important.

In my next post I will highlight some of those points and see how they fit into my own understanding of the individual versus the collective. 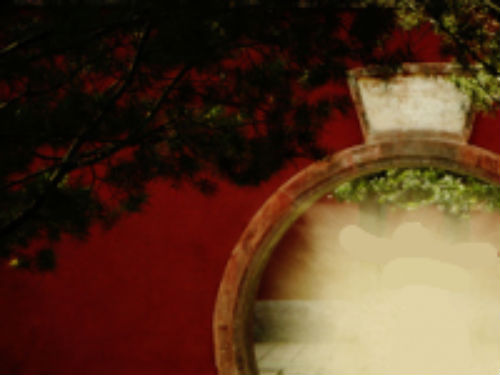