For some time now, I am trying to describe my view on human development.

But so far I could not get it done in a way that made much sense.

I really had a hard time finding the right words to say what I meant to say. I kept trying but until now, most of the posts just stayed drafted.

In the meantime I got really fascinated by David Bohm.

I saw some videos where he was interviewed and heard him say some things about mind and matter that were really very interesting.

But at that moment I was not exactly thinking about him in relation to development. More in relation to consciousness and how mind and matter might interact. And about his ideas about dialogue, which are also very interesting.

But again and again I was pulled back to writing about development. No matter how interesting consciousness and dialogue are, my main interest was and stayed with development. I just had to find the right words to write about that.

Then, in my search for words, I came across David Bohm again. I found out that he had been experimenting with language at some point in his life.

It was in a book called ‘Wholeness and the Implicate order’.

Now that title, as interesting as it sounds, seemed to suggest that the book was way over my head. It was an attempt of Bohm to describe what happens on the quantum level.

He says that our western language is not really capable of describing what happens there, because it is too static. So he proposes a new way of using our language.

It is not a new language, but more a new mode. And it is meant to describe the world as an ongoing movement.

He calls it the ‘rheomode’, ‘rheo’ from the Greek verb meaning ‘to flow’. And ‘mode’ because it is not a new language, but more a new way of using it.

Reading this was the reason for me to get the book. I really got curious to read his experiment because it seemed exactly that what I was looking for.

Even though much of the book was indeed way over my head, it was really so exciting to read about his experiments with language and how he used it to describe processes. 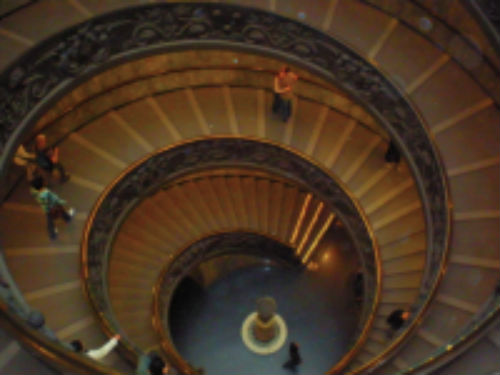 Beneath the World of Logic
An Experiment with Language and Thought