In my previous post I made a start with describing an experiment by David Bohm that he did with language.

The reason for this experiment was that he wanted to describe what is going on, on the quantum level of our world. Others said that it is only possible to describe that with mathematics, but he thought there had to be a way to describe it with language.

So he proposes a new mode to use our language.

It was not his intention to come up with a totally new language, but more to make changes that make our existing language less static and fragmented.

We say, ‘One elementary particle acts on another’, but each particle is only an abstraction of a relatively invariant form of movement in the whole field of the universe. So it would be more appropriate to say, ‘Elementary particles are on-going movements that are mutually dependent because ultimately they merge and interpenetrate’.

He gives some examples and one of them is his proposal to use ‘observation is going on’, instead ofÂ  ‘an observer is looking at an object’.

That way it is not the ordinary subject-verb-object that is common in our language, but a focus just on the verb.

The verb describes actions and movements which flow into each other and merge, without sharp separations or breaks. Moreover, since movements are in general always themselves changing, they have in them no permanent pattern of fixed form.

So the essence of this language would be to give the verb a primary role. And for the sake of convenience he gives this language a name, the rheomode (‘rheo’ is from a Greek verb, meaning ‘to flow’).

He then goes on with the form of the rheomode. That mainly focusses on some words that will go through a certain development. He uses words that already have a meaning that is suitable in this context, and he uses them to make his point.

The first word he uses is ‘relevance’.

In my next post I want to go through the process where he uses the word in an ongoing movement, from action into focus into generalisation. 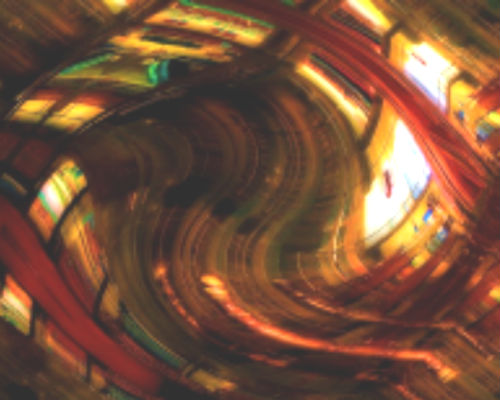