This post is the heart of the rheomode, the experiment on language structure by David Bohm. The four previous posts were an attempt to describe the why and the what.

In this post I want to describe the how of that experiment.

Bohm uses the words that I mentioned in my previous post (relevance, understanding, divide, order) to show how he wants the process of observation and thinking to go.

I want to go through the process by using all those words, but I want to do it as compact as possible in this post.

In following posts I can expand some more about Bohm’s reasoning. But if I do that here, it might become to cluttered for one post.

By putting it all in one post I want to give an overall idea of the path Bohm follows. But somehow it can not be done with just one word, because the meaning of these four words is essential for the process.

1. Starting with the verb

The verb means a spontaneous and unrestricted act. It also means an unrestricted breadth and depth of meaning that is not fixed within static limits.

And there is no division between the content (meaning) of the word and the total function of which it gives rise. So it is not only ‘thinking about’ but more an ‘engaging in’.

To Vidate: Call attention to a spontaneous and unrestricted act of perception of any sort whatsoever, including perception of whether what is seen fit or does not fit ‘what is’, as well as perception even of the very attention calling function of the word itself.

To Dividate: Calls attention to the spontaneous act of seeing things as separate, in any form whatsoever, including the act of seeing whether or not the perception fits ‘what is’, and even that of seeing how the attention-calling function of this word has a form of inherent division in it.

To Ordinate: Call attention to a spontaneous and unrestricted act of ordering of any sort whatsoever, including the ordering involved in seeing whether any particular order fits or does not fit some observed context, and even the ordering which arises in the attention-calling function itself.

Here is emphasized that ‘re’ signifies ‘again’, being on another occasion. This part is more about focus and thinking.

To Re-levate: A certain content lift into attention again, for a particular context, as indicated by thought and language.

To Re-vidate: Perceive a given content again, as indicated by a word of thought.

To Re-dividate: Through thought perceive a given content again in terms of a particular kind of separation or division.

To Re-ordinate: Call attention again in a given order, by means of language and thought.

It requires an act of perception to see in each case whether the content ‘lifted again’ fits the observed context or not.

Re-levant: In those cases in which this act of perception reveals as a fit, we say: ‘to re-levate is re-levant’.

Re-vidant: If the content is seen to fit the indicated context, than we say ‘to re-vidate is re-vidant’.

Re-dividant: If to do this is seen to fit the indicated context, we say that  ‘to re-dividate is re-dividant’.

Re-ordinant: If this order is seen to fit that which is observed in the context under discussion, we say that ‘to re-ordiante is re-ordinant’.

If the content ‘lifted again’ does not fit the context we say it is a mistaken or illusory perception.

Irre-vidant: If the content is not seen to fit the indicated context, then we of course we say ‘to re-vidate is irre-vidant’.

Irre-dividant: If it is seen not to fit, we say that to ‘re-dividate is irre-dividant’.

Irre-ordinant: If it is seen not to fit, we say that ‘to re-ordinat is irre-ordiant’.

We see that adjectives have been built from the verb as a root form. Nouns can also be constructed in this way, and they will signify not separate objects but, rather, continuing states of activity of the particular form indicated by the verbs.

Re-levation: Thus, the noun ‘re-levation’ means a continuing state of lifting a given content into attention.

Re-vidation: ‘Re-vidation’ is then a continuing state of perceiving a certain content.

Re-dividation: ‘Re-dividation’ is a continuing state of seeing a certain content in the form of separation or division.

Re-ordination: The noun ‘re-ordination’ then describes a continuing state of calling attention to a certain order.

When some content is irrelevant, it should normally sooner or later be dropped. If this does not happen, then one is not watchful or alert.

Irre-levation: To go on with re-levation when to do so is irre-levant will, however, be called ‘irre-levation’. In essence, irre-levation implies that there is not proper attention.

And finally there is the noun that signifies a generalized and unrestricted totality.

Levation: The noun form ‘levation’, signifies a sort of generalized and unrestricted totality of act of lifting into attention.

Vidation: The noun ‘vidation’ means an unrestricted and generalized totality of acts of perception.

Dividation: The noun ‘dividation’ means an unrestricted and generalized totality of acts of seeing things as separate.

Ordination: Finally, the noun ‘ordination’ means, of course, an unrestricted and generalized totality of act of ordening.

In this post I left, as much as possible, Bohm’s words intact. But to get a compact and understandable post, I had to order it differently.

In the next post I want to go a bit further into each phase, but here I wanted to have a compact as possible overview. 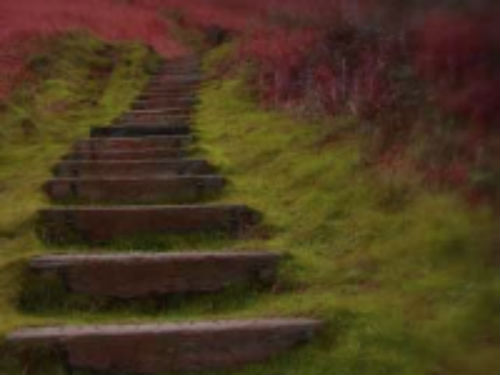