These last days my thoughts were mainly focused on values. Why we have them and how we use them.

I wanted to write a blogpost about the meaning of life but could not exactly get my point across.

While I was thinking about what I actually was trying to say, I came across another blogpost that said something that I very much agreed with.

And not only do I agree with it, it also made me more clear how that relates to what I wanted to write about the meaning of life.

It was hidden in a very interesting blogpost called In Defense of the Death Penalty which turned out to be the opposite of what the title suggests.

The part I mean was the following:

If you have a strong opinion on a subject and somebody disagrees with you, then you’ll look for reasons to prove them wrong. You’ll disregard (often unconsciously) contrary evidence and latch onto anything that supports your viewpoint. It’s what we pretty much all do because to do otherwise means we have to accept we were wrong with our initial assessment.

So I think this is very true. And for me it was the essence of that whole post.

We all have opinions and we all have certain values. They might change over time. As we grow older we get to see things different, we meet other people who make us look at things differently and see value in things we did not notice so much before.

But there are exceptions.

There are opinions that do not change. That only become more strong as time goes by. So why is that? And where did that opinion come from in the first place?

To get clear how I see that, I need a general definition of what opinions, beliefs and values are.
Belief – Any cognitive content held as true.

Opinion – Personal belief or judgment that is not founded on proof or certainty.

Values – Beliefs of a person or social group, a set of emotional rules that people follow to help make the right decisions in life, to decide what is right and wrong, and how to act in various situations.

Strong beliefs (or opinions or values)

I think it all starts with why we have beliefs in the first place. We need them to make a decision on how to act. Every action needs a decision between choices.

But apart from that, there are differences that have to do with personal experiences.

Those values are a very important aspect of our life. If someone would have no opinions, no values and no belief at all, it would be very difficult to get through the day. You would have no idea what to do and what to choose from a sea of possibilities.

So having values is a good thing. But what about strong beliefs? Is that necessary?

Well, actually I think it is.

My personal vision on that is, that it might even be what others would call the meaning of life. I think those strong beliefs make us who we are.

But what exactly makes a value a strong belief? I think it is a combination of three factors.

3. The amounts of time you had to defend those values.

The meaning of life

And that is time.

Time that makes a process possible. A process to build a personality with strong values. With beliefs that are worth defending. Choosing a direction and stick with it to make it to a success. Challenge the cultural background and make decisions more on personal experiences. Keep what works and improve it. Defend your decisions if they are attacked.

I think all that is the first part of what can be called the meaning of life. Become a personality,  improve yourself over time and defend yourself if necessary.

But there is a second part.

But here is where time comes in. If the realisation is there to soon, it might be harmful for the building process of yourself. And make you paralysed, unfocused and directionless. So a strong belief in your own values is a very important part of all that. Even more, the stronger it is, the more powerful the realisation of a world beyond can be, when the moment is there.

So I was going to write a post called ‘the meaning of life in 3 steps’, but it might take some time to get that into better wording. So far I leave it at the meaning of values. That is to say, my strong opinion on that. 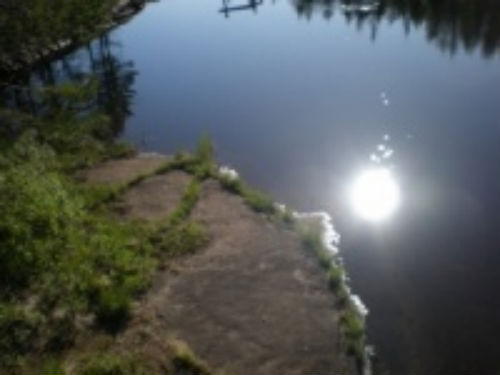 Creative Development
Beneath the World of Logic