One word that can describe the first sign of the individual part of the zodiac is creativity.

There are many more words that can be used for that part.

But in this blogpost I want to focuss on the word creativity. Creativity as a developmental process.

I want to translate the 12 signs in relation to creativity. Each of them is just an example, as there are many more ways to view that part of creativity.

For the first one I used ‘dancing’ but I also could have used ‘martial art‘. And for the second one I could use ‘sculpture’ instead of ‘painting’.

And although ‘dancing’ is the first phase of the whole development, it does not mean it is a lower artform. 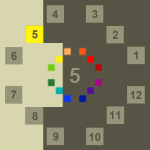 So I called the first phase of creativity dancing. It is the phase of action, in some way the essense of the first sign of the zodiac. It is activity that is self-motivated, unaffected by others. Vitality. Focused in short bursts. It is what children do at a very young age to express themself.

A more developed form is classical ballet which can be seen as constructive dancing. But dancing in itself is a form of creativity that is seen as energetic.

The word I used for the second phase is painting.  I used painting because it is one of the most common examples of creativity. This phase is about manifestation. The energy of the first phase gets a form.

In this case the manifestation of creativity. It is an act in itself. Not reaching out to the world outside, because that comes in the next phase, not an impulse like in the previous phase. But a coming together of materials, colours, shaping, all in combination with the desire to create.

This phase is about interacting. Finding a way to communicate. I wanted to use writing here, but writing does not have to be creative. Because it can also be a use of words that have nothing to do with the person writing them. A use of words that are learned and used in a mechanical way.

Writing also might have nothing to do with interacting. Writing a book is a creative process, but not an interactive one.

But then I thought about blogging. Blogging in many cases is a form of self-expression. And it also is a form of interaction. An interaction that is based upon the expression of an individual.

This is the phase to play with emotions. A phase where emotions are recognised and cultivated. About finding a creative way to express them.

Again in this phase, drama has that same development. From just impulsive expressing feelings, to cultivate that expression in any artform.

The word I use for this phase of creativity is performance. I use performance because it is like expressing an expression. More in a theatrical, overacting way. A way of intentionally be in the centre of attention.

It does not have to be an expression of emotions like in the previous phase. And it does not have any function like the next phase. It is just about creation itself. All it needs is an audience to actually be in the centre.

It is about improving by trying over and over again, to make it better and more functional. And it is about producing something useful. Things we all need, like furniture or clothes or websites.

This phase I call esthetics. It is about relationship, about culture and beauty. It is the phase where the individual is searching for a way to get feedback.

It is about sending out who you are. Done in a way that is appealing to others. Showing the best you have. Identify yourself with that what you are good at. With that what is characteristic. That what you want to be.

From using make-up and fashion to buying cars, decorate your home, looking for art and design. Finding a way to express who you are and present that in a way that others are attracted to.

Coming in this phase a transformation has to take place. Because at a certain moment there is the realisation there is a part of the self that is unknown.

Or maybe not so much unknown as it is suppressed. Which was a good thing in order to develop a specific, self chosen character. One that is build on talent and skills.

But now the time has come for the individual to take a look at its own reaction to others. And find out why there are such strong reactions at times. To recognise them as its own and integrate them. A process of self-mastery. Of taking controle over the whole self.

The most controversial word to describe a phase, I guess, is art. Art is often used as self-expression. It is also often used for just the artforms that are touchable like paintings and sculptures. The history of art is mainly based on that.

But what makes something art, has also to do with the role it plays in time and culture. So the creation has to be an individual expression to begin with. But one that can be seen in a wider context. Here the universal part comes into play. Where the individual has to reach beyond itself.

But because this is about the creative process, this can be seen as a combination of expression and vision. Which places it beyond creativity. And it also places it beyond just having the abstract vision. It has to be combined to actually be art. Creativity in a certain time and place, in a certain context.

This phase of creativity has to do with structures. It is about high goals, achieving something big. About ambition, accomplishments. About responsibility for others. It goes beyond function and skill. It goes beyond vision.

It also goes beyond the individual creation. In most cases others are involved. It is only the supervision that remains as others have to do the actual work. I used architecture because it is a combination of creation and construction.

Here the essence is that it has to be different from all that existed. Or that what already exists has to be altered or changed. Or even destroyed.

It is about progression. It is not about building and constructions like in the previous phase. It is more like breaking it down, about changing any existing status quo into something never seen before.

But at the same time it is very focussed on seeing everyone as an individual. It is about free-thinking and using unorthodox methods. To come to totally unexpected and new ideas.

This is the phase that is to describe the hardest of all. The best I can think of here is music. This is the field of myths, of dreams, of the collective unconscious. Of compassion and unity.

And I think music as a form of creative expression is capable of resonating with that field. 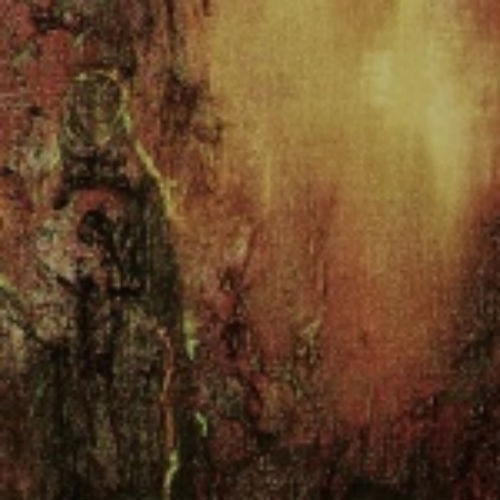 The Difference between Integrity and Honesty
The Meaning of Values