Last week I read a blogpost, Criticism the unwanted mentor, that really got me thinking.

I have that more often of course, but this one did not only make me think, it also made me analyse my own thinking.

The post itself was very interesting but apart from that, it made me want to comment. And I actually did.

Which is not that common. I often feel like commenting but just as often decide not to. There are several reasons for not commenting, but the main reason is that I can not get my opinion into clear wording.

In this case I commented immediately after my reading, and got thinking just later on. Which was more common for me in my off line life, as there I always act or have an opinion before I think.

But when it comes to writing, it takes a lot of time to find the right words. And the result is that I do not post a comment often, just think about it, form an opinion, but do not share it.

Well, anyway this time I did. And after that it got me thinking why that was. I went back to the post to see what I wrote and analysed my reaction.

I think there is a very fine line between criticism, feedback and judging. They all have their place, but I am not so sure criticising and judging another person is of much use as only to get the other defensive.

Personally I think it often says more about the one who is giving it, then the one receiving it.

Feedback is great, but still only if the situation is suitable for that (parents/children, teacher/pupil or if someone asks for it).

If it is about the actions (or lack there of) by others that bother you, the only way to do it (in my very personal opinion) is to say what are the problems you yourself have with that behaviour.

But that does not mean that criticism is not important. I think it really is, but never on a personal level, always purely about ideas. And the only way to criticise those ideas with others, is if you totally respect each other.

Just my view at this moment.

First thing that I noticed was that I did react from another perspective than the post was saying. The overall intention of that post was: ‘seeing the value if you get critisiced’. And my response was in general: ‘never criticise another person’.

The second thing I noticed was that I was splitting hair. I differentiated between criticism, feedback and judgement. So I thought, is it really that different to judge, give feedback or criticise?

But actually I think it is.

I really think the differences are essential. But often one word is used where someone else would mean another. If I read back my reaction, I actually say that no one should criticise another person. But do I really think that?

And indeed I do. But I think each criticism, feedback and judging has its place.

Now to start with the judging, I think it is just fine to judge. We can judge whatever and whoever we like. Actually it is what we do all the time, judge by our first impression and take all kind of decisions based on that. And many times it hardly is any conscious judgement. It is often just based on our previous understanding of the world.

But that does not mean we can throw that judgement on to the other. I think judgement needs a strong filter before it gets public so to speak. A conscious filter that differentiates our own prejudice. Any prejudice.

As to feedback I see it as a very important tool. But even if I think it is different from criticism, I still do not think it has to be given just like that. In a teacher/pupil setting it is very necessary. And there might be many others like in the workplace. Or if someone asks for feedback.

But I think even feedback needs a filter. Not just whatever comes to mind (unless the other asks for that) but filter our own prejudice again.

And besides that, I think it needs a certain setting. A setting with cultural determined rules that provide a certain ‘playground’.

What I would call criticism is a very important factor, but I think there is actually no circumstance that anyone should criticise another person.

I think criticism has to do with analysing and improving. And there is no other person who can see what exactly needs to be improved at that specific moment in time.

We all might think we do know, but in many cases we let our own judgement of how things should be, get in the way.

There might be someone like in psycho analysis that goes certain steps along, but in the end it is the person itself who has to do the criticising.

But I think criticism is very essential in another way. It is an important factor in discussions. But only if it is used in discussing ideas.

And then it is essential. Because without critical analysing we can only get so far. We never get to the bottom of things.

As I see it, criticism is only possible when people who participate in the discussion know themselves and respect the other. And if they do not respect each other, there is no way of criticising and as a result no way of really discussing. 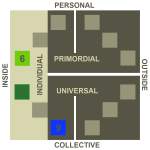 As for using my basic model of Integral and the Zodiac, I would place the concepts as follows:

Again, just my view at this moment… 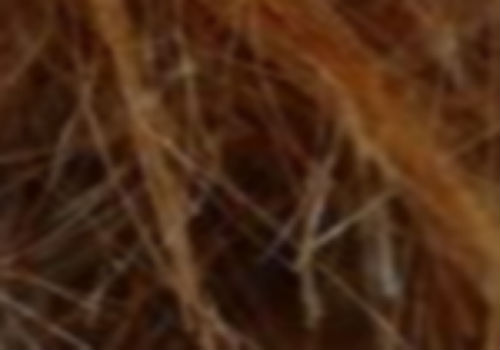 Development, Evolution and Transformation
The Difference between Integrity and Honesty